Polish-born curator and film expert aims to make the Amsterdam festival essential for the world of animation. 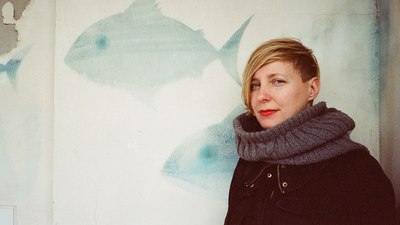 The Polish-born festival curator, illustrator, and film education expert has more than 15 years of experience in the industry and will be spearheading KLIK’s international ambitions.

Ozorek has a strong background in curating and developing animation initiatives in Poland and other European countries. Ozorek is head of the shorts section at Visegrad Animation Forum, programmer at the Cinema in Sneakers Film Festival in Warsaw, and curator of the film section of the Street Art Festival in Katowice.

In 2017, she was responsible for the promotion of 70 years of Polish animation at some of the biggest European events in the animation industry: Annecy, Cartoon Forum, MIPCOM, MIP Junior and Cinekid. Additionally, Ozorek is the Polish ambassador to the European Animation Awards and member of the European Children’s Film Association.

“Aneta’s strong international connections tie in with the international ambitions that KLIK has set itself: to strengthen KLIK’s international position in the animation landscape through international collaborations with other festivals and organizations and to promote what the Dutch animation industry has to offer all around the world,” says KLIK General Director Bram Kranendonk.

Ozorek intends to further establish KLIK as a festival that finds unique ways to connect art and business; and to intensify the international promotion of Dutch animation in Europe and beyond.

“Everything started with chaos: friends, poetry, an experimental approach, brave program decisions, and a passion for the art of the moving image,” says Ozorek. “KLIK was always connecting and inviting, never exclusive. Always collaborating, never competing. To set up an inspiring path into the future, we aim to further establish KLIK as platform that connects the greatest names in animation history with debutants and the biggest studios with independent artists. An innovative approach in connecting art and business will be a core element of the KLIK identity. We are witnessing a multitude of international partnerships that take animation to a global scale, rarely seen before. KLIK wants to contribute to this process by building a European and global strategy for the whole industry.”

Ozorek steps into the footsteps of former artistic director Yvonne van Ulden, who led the organization for the past nine years and helped develop it into an international player in the animation industry.