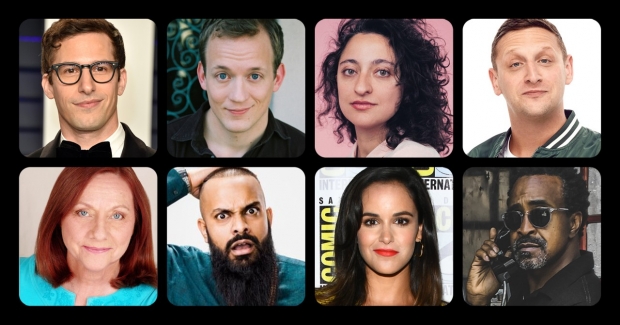 The half-hour series is set in a world where archaeologists are massive celebrities and the coolest people on the planet. Digman! joins MTV Entertainment’s growing arsenal of adult animation, including Everybody Still Hates Chris, Jodie, a spin-off of the iconic Daria franchise, and the film and the series return of Beavis and Butt-Head.

“As kids we were led to believe that archaeologists are all bad-ass, adventure-seeking rock stars, but after spending 20 long years pursuing careers in archaeology, we now see that was a lie perpetuated by Big Hollywood,” said Samberg and Campbell. “So, we created Digman! to finally bring our childhood dreams to life.”

"Andy is a singular creative force with a vision to explore bold, genre-shifting, comedic storytelling,” said Nina L. Diaz, President of Content and Chief Creative Officer, Paramount Media Networks & MTV Entertainment Studios. “We are thrilled to partner with him, The Lonely Island and CBS Studios on Digman! - the first series Andy has written and produced - to Comedy Central’s robust animation line-up.”

Titmouse Studios will executive produce, with their own Chris Prynoski, Shannon Prynoski, Antonio Canobbio and Ben Kalina. Grant Gish serves as executive producer with Sachi Ezura as co-executive producer and Michael Stanger as supervising producer for MTV Entertainment Studios. The series is created by Andy Samberg and Neil Campbell, and produced by CBS tudios alongside Ali Bell and The Lonely Island’s Party Over Here banner.