London native and co-founder of the This Is It Collective has worked on campaigns for brands including Marmite, VICE, Vans, Warner Bros., Ricard and Adidas. 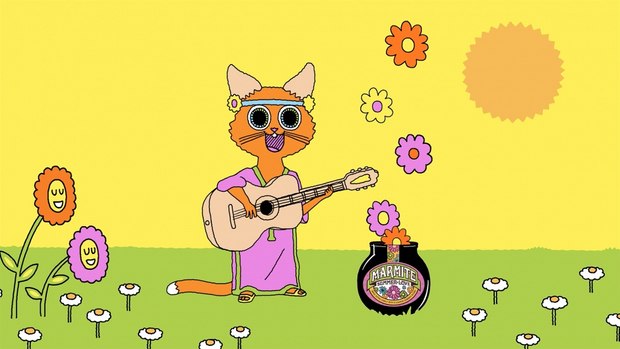 Baker’s range of work feels completely contemporary while remaining undeniably classic at the same time. His latest ad for Marmite and adam&eveDDB -- which swept the internet after being released in the U.K. earlier this summer -- exhibits not only his storytelling capabilities but his voltaic, bang-on sense of humor.

A London native, Baker pursued Fine Art studies as a youth before going on to earn a degree in illustration and animation from Kingston University. After graduation, Baker and a group of friends formed multi-disciplinary studio This Is It Collective and started taking on commercial work. Their first collaborative project “Viceworld,” an energetic title sequence for VICE UK, landed This Is It Collective on the map for up-and-coming animators and gave Andy the support he needed to develop his craft.

Since then, Andy has collaborated with multiple artists and illustrators for clients such as Vans, Warner Bros., Ricard and Adidas. His character-driven work and 2D cel techniques, combined with his use of bold color, liquid transitions and old school animation style, make Andy’s range of work completely contemporary while remaining undeniably classic.