‘Parks and Recreation’ and ‘Inside Out’ star set to voice multiple roles for FOX TV pilot presentation scripted by ‘The Simpsons’ producers Mike and Julie Scully. 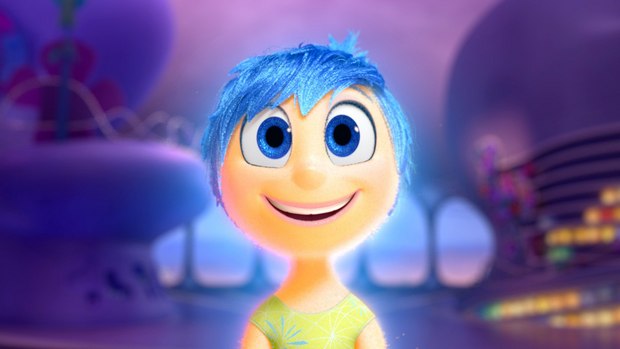 Amy Poehler as Joy in Pixar’s ‘Inside Out.’

Reigning comedy actress and producer Amy Poehler is teaming up with Simpsons alums Mike Scully and his wife and producing partner Julie Scully for an untitled animated comedy at Fox Television, according to The Hollywood Reporter. The network, which is the destination for animated mainstays The Simpsons and Bob’s Burgers, has ordered a script and pilot presentation.

The trio will write and executive produce the series, which is based on their original idea and centers on the family and friends of 15-year-old Duncan Harris, “an average kid with dreams of being a UFC fighter, tech billionaire, video game champ -- or any job where you make a ton of money and don’t have to wear a tie.”

Mike Scully, along with Julie Scully, is a former producer on Parks and Recreation and the husband-and-wife team served as both writers and showrunners on The Simpsons.

The as-yet untitled series is a co-production between 20th Century Fox Television and Universal Television, where Mike Scully has an overall deal, and will be executive produced by Poehler under her Paper Kite banner alongside Mike and Julie Scully and Dave Becky of 3 Arts. Poehler, who previously voiced the role of Joy in Pixar Animation Studios’ 2015 feature, Inside Out, will reportedly voice multiple characters.

The news comes on the heels of the announcement that Fox is in talks with Greg Daniels and Mike Judge to potentially revive King of the Hill. Fox Television Group chairman and CEO Dana Walden reported on “a very preliminary conversation” with the series creators earlier this month at the Television Critics Association’s summer press tour.