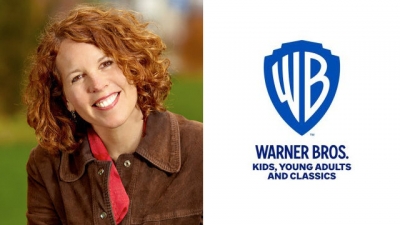 Warner Bros. has announced the appointment of Amy Friedman to Head of Kids & Family Programming. In the newly created role, she will oversee the creative and strategic guidance on kids and family programming for Cartoon Network and Boomerang, as well as develop and produce kids and family content for HBO Max. The announcement was made by Tom Ascheim, President of Global Kids, Young Adults and Classics at Warner Bros., to whom she reports.

Friedman was previously appointed as senior advisor assuming programming and creative responsibilities for Cartoon Network, she will now add content portfolio plans to her role. This includes strategy for new and current series, acquisitions, and co-productions globally for kids and family across the WarnerMedia portfolio of kids brands while working in close collaboration with the animation studios, Warner Bros. Animation and Cartoon Network Studios. Her executive content team is led by Vishnu Athreya, leading Program Planning and Current Series, and Adina Pitt, who has a newly expanded role leading Content Acquisitions, Partnerships and Co-Productions for the Americas. Both will report directly into Friedman, who will also be building a small creative team in Los Angeles and New York.

"For all the years I have known Amy, she has always exemplified what it means to be a successful and respected leader in the kids' sphere,” commented Ascheim. “Her wit and humor rival her sharp creative, business and brand acumen, and she knows what kids of all ages and parents want. In today's immensely cluttered entertainment space, Amy's commitment to deeply original, inclusive programming will grow our preschool, kids and family offering across our portfolio of brands."

"It's a thrill to be reunited with Tom, and to join a team of creatives who are rightly respected as the best of the best,” added Friedman. “It's unusual to feel immediately at home at a place I've never been before, but I do! To be part of WarnerMedia's next chapter of growth and to connect with families through content with heart, comedy and originality is a dream."

Friedman is an accomplished veteran of the kids and family business having previously served in senior creative management roles at Nickelodeon, Noggin, TeenNick, Scratch (Viacom's in-house Millennial innovation lab), Sprout, and Universal Kids. She is the Founder and President of Redhead Consulting, a brand creation and content development company focused on kids, teens, and families. Her work in branding, inclusive storytelling and pro-social content has earned multiple Peabody, Beacon, Cable Ace, and Creativity Awards.