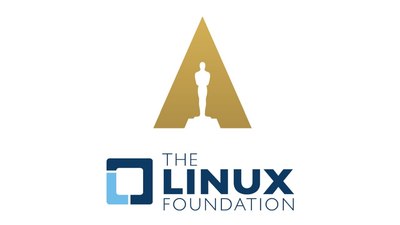 LOS ANGELES -- The Academy of Motion Picture Arts and Sciences and The Linux Foundation have launched the Academy Software Foundation to provide a neutral forum for Open Source software developers in the motion picture and broader media industries to share resources and collaborate on technologies for image creation, visual effects, animation and sound.

“We are thrilled to partner with The Linux Foundation for this vital initiative that fosters more innovation, more collaboration, more creativity among artists and engineers in our community,” said Academy CEO Dawn Hudson. “The Academy Software Foundation is core to the mission of our Academy: promoting the arts and sciences of motion pictures.”

“Open Source Software has enabled developers and engineers to create the amazing visual effects and animation that we see every day in the movies, on television and in video games,” said Jim Zemlin, Executive Director of The Linux Foundation. “With the Academy Software Foundation, we are providing a home for this community of open source developers to collaborate and drive the next wave of innovation across the motion picture and broader media industries.”

The ASWF is the result of a two-year investigation by the Academy’s Science and Technology Council into the use of Open Source Software across the motion picture industry. The survey found that more than 80% of the industry uses open source software, particularly for animation and visual effects. However, this widespread use of OSS has also created challenges including siloed development, managing multiple versions of OSS libraries (“versionitis”) and varying governance and licensing models that need to be addressed in order to ensure a healthy open source ecosystem.

“Developers and engineers across the industry are constantly working to find new ways to bring images to life, and open source enables them to start with a solid foundation while focusing on solving unique, creative challenges rather than reinventing the wheel,” said Rob Bredow, SVP, Executive Creative Director and Head of Industrial Light & Magic and Member of the Academy’s Science and Technology Council, Open Source Investigation Committee. “We are very excited to launch the Academy Software Foundation and provide a home for open source developers to collaborate, regardless of where they work, and share best practices which we believe will drive innovation across the industry.”

ASWF Mission: The mission of the ASWF is to increase the quality and quantity of open source contributions by developing a governance model, legal framework and community infrastructure that lowers the barrier to entry for developing and using open source software. Developers interested in learning more or contributing can sign up to join the mailing list at www.aswf.io/community.

The ASWF Goals are to:

“In the last 25 years, software engineers have played an increasing role in the most successful movies of our time,” said David Morin, Project Lead for the Academy Open Source Investigation. “The Academy Software Foundation is set to provide funding, structure and infrastructure for the open source community, so that engineers can continue to collaborate and accelerate software development for moviemaking and other media for the next 25 years.”

The ASWF will have a significant presence at SIGGRAPH 2018. Interested developers and engineers can learn more about the ASWF by attending the keynote session on Monday, August 13, from 2:00-3:15 pm PT by Rob Bredow, SVP, Executive Creative Director and Head of ILM, or following the keynote livestream on YouTube or Facebook.

Conference attendees are also invited to participate in the Academy Software Foundation Birds of a Feather (BoF) session on Tuesday, August 14, from 9:00 - 10:00 am PT in the Vancouver Convention Centre, East Building, Room 11.

“Animal Logic is proud to be an inaugural member of this industry initiative to support foundational software on which future innovations will be developed. Combined with our open-source contribution through AL_USDMaya, this signifies our commitment to giving back to the community that has provided us with so much.” -- Darin Grant, CTO, Animal Logic Group

Autodesk understands and appreciates the diversity of our media and entertainment customer’s workflows and the critical role open source projects play in making them successful. We are very excited to collaborate with the Academy and The Linux Foundation to build this industry initiative to strengthen the projects and ecosystem we all rely on.” -- Guy Martin, director of Open Source, Autodesk

“Blue Sky Studios is thrilled to be a part of the Academy Software Foundation launch. Open source technologies give filmmakers the wonderful opportunity to collaborate and give back to the community. As a studio we are committed to making entertainment that means something to the world, and are excited when other filmmakers do the same. With the ASWF we have the opportunity to help each other in this goal: to create technology for ourselves and each other, so we can craft beautiful and compelling stories that make us all proud.” -- Hank Driskill, Chief Technology Officer, Blue Sky Studios

“Cisco is joining the Academy Software Foundation to help fuel technology innovation in the creation and production of film and TV. Linux and OSS have become de facto standards across a wide number of industries, and we are realizing the distinct benefits for pre- and post-production as Hollywood and Silicon Valley continue to explore best practices for technology transfer.” -- Dave Ward, Senior Vice President, CTO of Engineering and Chief Architect, Cisco

“Open source software projects have contributed significantly to the success and growth of the Visual Effects industry. DNEG recognises the importance of these projects in the service of our key goal: participating in the telling of inspiring and innovative stories through technology. As such we are delighted to support the ASWF and are excited by the prospect of collaborating on the software that will form the basis of the future of our industry.” -- Graham Jack, CTO, DNEG

“DreamWorks Animation is pleased to be a founding Premier member of the Academy Software Foundation. The formation of the Foundation underscores how vital open source technology is in the production industry, and how essential it is to future innovation and advancements. As an active open source contributor, and a dedicated consumer, we at DreamWorks Animation recognize the value of an oversight organization to ensure continued resources and momentum for software development.” -- Andrew Pearce, VP of Global Technology, DreamWorks

“Epic Games is committed to providing a new generation of real-time technology for the film and television industry based on standard technology and practices. We are strong supporters of open source software and open platforms, and are thrilled to be part of the new Academy Software Foundation.” -- Marc Petit, General Manager, Unreal Engine Enterprise at Epic Games

“Google Cloud is excited to be a Premier member of the Academy Software Foundation and to help contribute to the open source standards for industry software. Our core belief in an open platform for cloud users echoes the sentiments of the VFX industry and we look forward to collaborating on projects that will benefit all users.” -- Todd Prives, Product Manager, Google Cloud

“As a founding member of the Academy Software Foundation, Intel will join a vibrant community of studios, and software and hardware technology leaders to spur developer innovations and enable top-quality motion picture content that is better, faster and less expensive to make. Intel’s just announced Intel® Rendering Framework including software libraries Embree and OSPRay, and the new OpenImageDenoise library, can be used by ASWF members to develop compelling motion pictures and visual effects with all the benefits of open source solutions on Intel® architecture-based systems.” -- Lynn Comp, Vice President, Data Center Group, and General Manager, Visual Cloud Division, Intel Corporation

“The creation of the Academy Software Foundation is an important and exciting step for the motion picture industry. By increasing collaboration within our industry, it allows all of us to pool our efforts on common foundational technologies, drive new standards for interoperability and increase the pace of innovation.” -- Nick Cannon, Chief Technology Officer, Walt Disney Animation Studios

“We are proud to help establish the Academy Software Foundation as a Founding member. Thoughtful curation and dedicated financial commitment to open source platforms and standards is vital for our industry as we mature. The pace of innovation in visual effects is supported by a reliable platform of technology contributions by many companies and groups. The Academy Software Foundation will provide a unique collaboration environment that marries the interests of all parties and ensures the industry’s history of experimentation and creativity will continue well into the future.” -- Joe Letteri, Sr. Visual Effects Supervisor, Weta Digital