‘Marvel’s Spidey and His Amazing Friends’ is the studio’s first Disney Junior series and comes on the heels of their recent exit from Sony’s ‘Spider-Man’ franchise and likely Spider-Man exit from the MCU. 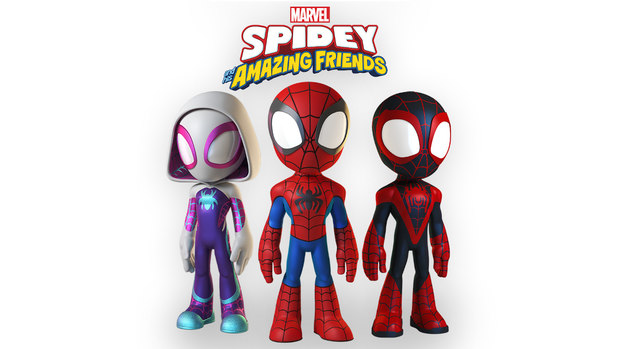 In the series, Peter Parker, used to working solo, now must discover what it takes to become a truly amazing superhero: being a spider friend who works well with others. Together with his friends Miles Morales and Gwen AKA Ghost-Spider, they will team up with heroes such as Hulk, Black Panther and Ms. Marvel, to defeat evil foes and learn that teamwork is the best way to save the day.

“Preschool kids already love Spidey, so they’ll be delighted to have Peter Parker thwipping across their screens in this new series” Cort Lane, senior vice president, Marvel Animation & Family Entertainment, commented. “Everyone at Marvel is thrilled to launch our first preschool series on Disney Junior, the gold standard platform for the audience. We believe parents and kids will be excited about these stories filled with themes of friendship, cooperation, solving problems and using your abilities to help others.”

The news was announced almost immediately after Marvel president Kevin Feige, commenting at D23 on the contract impasse between Sony and Disney/Marvel over the future of their live-action movie collaboration, said, “I’m feeling about Spider-Man gratitude and joy. We got to make five films within the MCU with Spider-Man: two standalone films and three with the Avengers. It was a dream that I never thought would happen. It was never meant to last forever. We knew there was a finite about of time that we’d be able to do this, and we told the story we wanted to tell, and I’ll always be thankful for that.”

The breakdown in talks between the studios on the future of their production partnership, as reported in Deadline, was based in part by Disney’s aggressive stance on co-financing terms and Kevin Feige’s ongoing  production role. Feige of course recently produced both the biggest box office hit of all time, Avengers: Endgame and Sony Pictures’ biggest box office hit ever, Spider-Man: Far from Home.