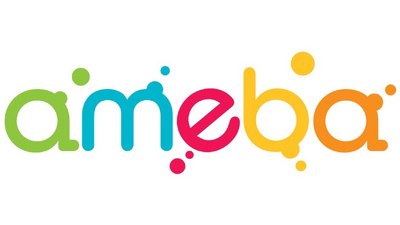 WINNIPEG, ON -- Canada-based kids only on-demand service Ameba is expanding its streaming reach throughout North America by releasing its updated streaming app on Xbox 360. Beginning this month in the U.S. and Canada, Ameba's extensive line-up of kids’ content will be accessible to young audiences on XBOX 360 consoles in both Subscription (SVOD) and Advertising (AVOD) supported services. This newest launch reflects Ameba’s growth which is currently available on XBOX 360, Roku, LG Smart TV, Sony, Amazon Fire, Web, Mobile and tablet, (iOS, Android).

These features will offer young viewers instant access to the latest line-up of fun and enriching Ameba TV shows and videos, streamed directly to their XBOXs for convenient, anytime on-demand viewing from the comfort their own home.  Microsoft will also be featuring select content in the Ameba catalog in an ongoing campaign on the XBOX 360 platform giving content providers direct access to a large viewing audience.

“We are thrilled to complete our rollout of the Ameba AVOD service on the XBOX 360. With over 30 million XBOX 360 sold to date throughout North America, this deal reflects the first of many deals forthcoming based on our commitment to expanding our reach through top tier streaming platforms,” commented Tony Havelka, President and CEO of Ameba.

“Over the past year we retooled the entire customer experience after an extensive study of the video viewing habits of parents and their children,” continued Havelka. “Ameba is simplified. We have eliminated the need for credit cards. We do not require any input of personal information. Parents do not need to set filters or timers for their children to enjoy our content. Viewers can watch all the videos in our catalog immediately on all of our supported platforms. We now support the four top monetization models, Subscription (SVOD), Advertising (AVOD), Rental (VOD) and Electronic Sell Through (TVOD).  This gives parents the choice to interact with Ameba in any way that is convenient for them.”