Deal includes company’s HIDIVE anime-focused subscription service and other brands, as well as its library of thousands of hours of popular titles including ‘Akame ga Kill,’ ‘Food Wars!’ and ‘Made in Abyss.’ 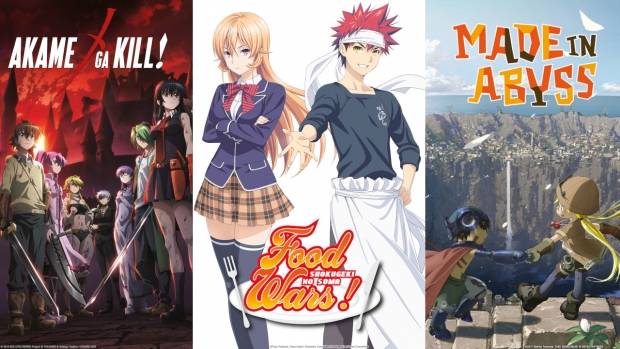 AMC Networks has just announced the completion of its acquisition of Sentai Holdings, the Houston-based anime distributor and streamer. The deal includes all interests in Sentai of Cool Japan Fund, Inc., a public-private Japanese investment fund. Terms of the deal were not disclosed.

Sentai’s business includes global distribution of anime content and official merchandise; its brands include the anime-focused HIDIVE subscription streaming service, SentaiFilmworks.com (direct to consumer E-Commerce), Anime Network (Cable SVOD), and Sentai Studios (localization and studio services). It’s content library includes thousands of hours of popular titles and classic series including Made in Abyss, Akame ga Kill, Food Wars!, Clannad, Is it Wrong to Try to Pick Up Girls in a Dungeon?, High School of the Dead, Girls & Panzer, No Game No Life, K-On!, Assassin’s Pride, and Parasyte -the maxim-.

According to AMC, “With strong industry relationships and access to key content creators in Japan, Sentai distributes and curates one of the anime industry’s most diverse libraries of top trending and classic titles, with its content available on Crunchyroll, Hulu and Amazon Prime, among others. Sentai’s HIDIVE streaming service represents a strong new addition to AMC Networks’ portfolio of fast-growing targeted oﬀerings, which includes AMC+, Acorn TV, Shudder, Sundance Now and ALLBLK. AMC Networks, the global leader in targeted streaming, has forecast its targeted streaming portfolio will have exceeded nine million paid subscribers by year-end 2021, with 20-25 million paid subscribers by 2025.”

“With a seasoned team, strong content and direct-to-consumer oﬀerings for fans around the world, Sentai is a key global player in anime,” said AMC Networks Interim CEO Matt Blank. “This acquisition builds on AMC Networks’ already strong IP and franchises, and furthers our targeted streaming strategy of super-serving passionate audiences with content depth, curation and community.”

Ledford stated, “We are thrilled by AMC Networks’ acquisition and are excited to be a part of their growth strategy. This acquisition will not change Sentai’s mission to deliver the most exciting anime content to audiences around the world — it will expand it greatly and will give our content businesses more distribution, more partnerships, more scale and more reach. I could not be more pleased.”