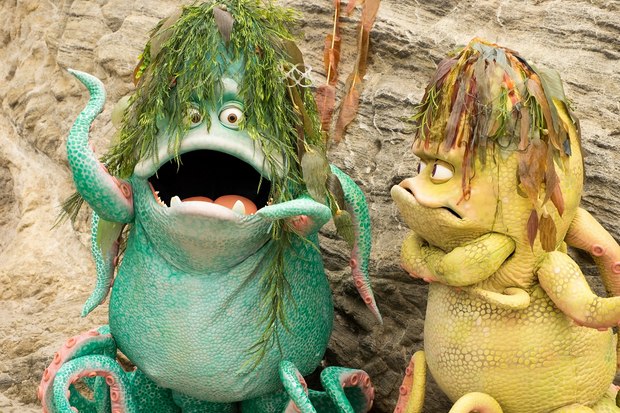 “We are so excited to bring this beloved series, Bug Diaries, to our customers that highlights important life lessons for our young viewers,” said Tara Sorensen, Head of Kids Programming at Amazon Studios. “We also look forward to reviving the classic Sigmund and the Sea Monsters that has a strong message of friendship.”

The Bug Diaries is an animated comedy series for preschoolers based on the witty children’s books by best-selling author Doreen Cronin and best-selling Illustrator Harry Bliss. The show follows a comic trio of slimy, crawly, and buzzy bug friends whose tiny world offers up huge adventures. Pairing kid-personalities with incredible bug abilities, the series will give us a mile-high look at the world through Fly’s compound eyes, let us squirm in Worm’s “footsteps", and literally hang around with Spider as they record their adventures, each in their own way, in their bug diaries.

Sid & Marty Krofft present Sigmund and the Sea Monsters, a live-action show for children ages 6 to 11, based on their classic Saturday morning series from the 1970s. The show is centered on two brothers, Johnny and Scotty, who along with their cousin Robyn befriend Sigmund, a friendly young sea-monster who escapes from his old life and his comically dysfunctional brothers Slurp and Blurp. Now, using a Clubhouse as their hiding place, the gang must keep Sigmund safe from an ambitious sea-monster hunter Captain Barnabas. The show is executive produced by Sid & Marty Krofft (H.R. Pufnstuf, Land of the Lost) with the pilot directed by Jonathan Judge (The Thundermans, School of Rock) and starring David Arquette (Scream, Jake and the Neverland Pirates) as Captain Barnabas. Garrett Frawley and Brian Turner (Santa Baby) wrote the new teleplay based on the classic series.