Two new series, ‘Pete the Cat’ and ‘Costume Quest,’ to be executive produced by Will McRobb, Jeff ‘Swampy’ Marsh and Fred Seibert, and will be available next year on Prime Video. 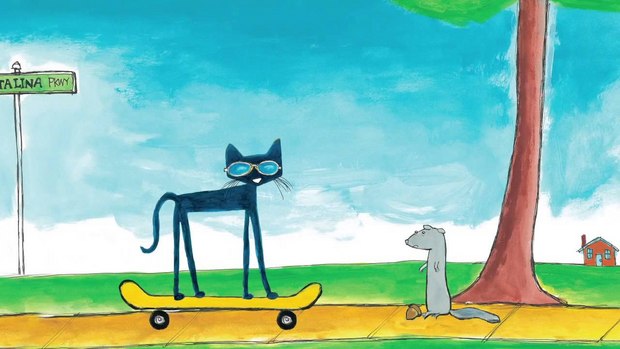 SEATTLE -- Amazon announced it has ordered two new Amazon Original Kids Series, Pete the Cat, based on the award-winning book series, and Costume Quest, from the popular video games. Amazon’s new children’s series come from talented creators, including Jeff “Swampy” Marsh (Phineas and Ferb), Will McRobb (The Adventures of Pete & Pete) and Frederator Studios‘ Fred Seibert (The Fairly OddParents). Both series will be available exclusively for Prime members and will debut next year.

“The creative talent behind Pete the Cat and Costume Quest have a sensibility and pedigree that will resonate well with our customers,” said Tara Sorensen, Head of Kids Programming at Amazon Studios. “We are thrilled to be working with such innovative and visionary thinkers in the business.”

Based on the award-winning book series by illustrator/creator and consulting producer James Dean, Pete the Cat is an animated kids series that has been ordered straight-to-series for 14 episodes. The show follows Pete the Cat, the coolest cat ever and his groovy guide to life -- from rockin’ out with his guitar to riding a skateboard. The series is a co-production with Alcon Television Group and will be developed by Jeff “Swampy” Marsh (Phineas and Ferb) and Appian Way production company. Harper Collins has published more than 34 Pete the Cat books, which have been translated into 13 languages and received 18 literacy awards, including the Theodore Geisel Seuss Award. Slated to voice as Pete’s parents are musical luminaries Elvis Costello and Diana Krall. Marsh is slated to executive produce along with Alcon’s Andrew Kosove, Broderick Johnson, and Laura Lancaster, as well as Appian Way’s Jennifer Davisson. Alcon’s Ben Roberts is slated to produce, with Appian Way’s Nathaniel Posey slated to co-produce.

Based on the smash video game series by Double Fine Productions (Psychonauts, Broken Age) and the world originally created by Tasha Sounart, Costume Quest is a funny and mysterious animated series aimed at six to 11-year-olds. The show stars four kids facing off against the dark forces lurking in the shadows of their sleepy town of Auburn Pines. To overcome obstacles and achieve their goals, they must learn to unlock and master the magical powers of supernormal costumes—with each costume comes a new set of transformations and powers. The series is executive produced by Will McRobb (The Adventures of Pete & Pete) who also serves as story editor, as well as Frederator Studios’ Fred Seibert (The Fairly OddParents), Kevin Kolde (Adventure Time) and Eric Homan (Adventure Time). Costume Quest is produced at Frederator Studios, a WOW! Unlimited Media company.