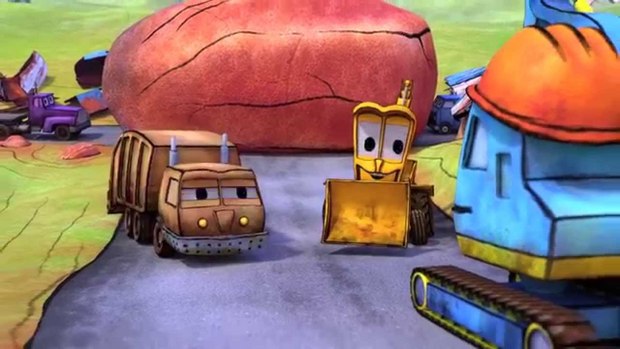 SEATTLE -- An intriguing tale about alternative history, a twisted story of friendship put to the ultimate test, a docu-series based on America’s most award-winning magazine, a kids series based on magic and another about being stinky and dirty -- all coming exclusively to Prime Instant Video.

Amazon announced that it has greenlit five new Amazon Original Series, including The Man in the High Castle, which is based on the Philip K. Dick alternative history novel; an hour-long dark comedy Mad Dogs; docu-series The New Yorker Presents; along with kids shows Just Add Magic, and The Stinky & Dirty Show. The new Amazon Original Series come from an acclaimed creative roster including Frank Spotnitz (The X-Files), Ridley Scott (Blade Runner), Cris Cole (The Good Times Are Killing Me), Shawn Ryan (The Shield), Alex Gibney (The Armstrong Lie), Joe Nussbaum (George Lucas in Love, Awkward), and Kate & Jim McMullan (I’m Dirty!). These new shows will premiere exclusively to Prime members in the U.S., U.K. and Germany later this year and in 2016.

As part of its unique development process, Amazon gives customers an opportunity to provide feedback on which pilots they want turned into series that are then available to Prime members. During pilot season, any Amazon customer in the U.S., U.K., and Germany can watch, rate and comment on the pilots. At the end of pilot season, that feedback helps determine the shows that become an Amazon Original Series. To date, customers have helped Amazon greenlight 13 series including the multi-Golden Globe-winning show Transparent, which will return for a second season later this year.

“During the latest pilot season, Amazon customers made The Man in the High Castle our most watched pilot ever,” said Roy Price, Vice President of Amazon Studios. “These new series, including our first docu-series, are some of our most ambitious to date and I’m looking forward to their premieres in the future.”

The new Amazon Original Series include:

Mad Dogs is an hour-long dark comedy drama created by Cris Cole (The Good Times Are Killing Me), and Executive Produced by Cole, Shawn Ryan (The Shield) and Marney Hochman (Last Resort), Andy Harries (Strikeback), Suzanne Mackie (Kinky Boots), and Charles McDougall (The Good Wife). Based on the hit UK series, Mad Dogs follows the reunion of a group of underachieving forty-something friends—a mixture of single, married and recently divorced, all seemingly at crossroads in their lives. Celebrating the early retirement of an old friend at his gorgeous Belizean villa, grudges begin to emerge and secrets explode as their trip becomes a labyrinthine nightmare of lies, deception and murder. Mad Dogs is a twisted tale of friendship put to the ultimate test. As the chain of events unfolds, cracks within the group widen before the friends realize the only people they can trust are each other, the last people they should be relying on! The pilot starred Steve Zahn (Dallas Buyers Club) as Cobi, Billy Zane (Titanic) as Milo, Romany Malco (Weeds) as Gus, Michael Imperioli (The Sopranos) as Lex and Ben Chaplin (The Thin Red Line) as Joel. Mad Dogs was directed by McDougall and is being co-produced with Sony Pictures Television.

The Man in the High Castle

Based on Philip K. Dick's Hugo Award-winning 1962 alternative history, The Man in the High Castle considers the question of what would have happened if the Allied Powers had lost World War II. Almost 20 years after that loss, the United States and much of the world has now been split between Japan and Germany, the major hegemonic states. But the tension between these two powers is mounting, and this stress is playing out in the western U.S. Through a collection of characters in various states of posing (spies, sellers of falsified goods, others with secret identities), The Man in the High Castle provides an intriguing tale about life and history as it relates to authentic and manufactured reality. The hour-long dramatic pilot starred Alexa Davalos (Mob City) as Juliana Crain, Luke Kleintank (Pretty Little Liars) as Joe Blake, Rupert Evans (The Village) as Frank Frink, Cary-Hiroyuki Tagawa (Mortal Kombat Legacy) as Tagomi, Joel De La Fuente (Hemlock Grove) as Inspector Kido, Rufus Sewell (Eleventh Hour) as John Smith and DJ Qualls (Z Nation) as Ed McCarthy. The pilot was directed by David Semel (Madam Secretary, Heroes) and written by Frank Spotnitz (The X-Files), both serving as Executive Producers. Also executive producing are Ridley Scott (Blade Runner) and David W. Zucker (The Good Wife), with co-executive producer Jordan Sheehan of Scott Free Productions (The Good Wife, The Andromeda Strain), and Executive Producers Stewart Mackinnon and Christian Baute of Headline Pictures (The Invisible Woman). In addition, Isa Dick Hackett will executive produce and Kalen Egan will co-executive produce on behalf of Electric Shepherd (The Adjustment Bureau). Christopher Tricarico (May in the Summer) is also Executive Producer.

America’s most award-winning magazine, which marks its 90th anniversary this year, comes to life in this half-hour docu-series pilot. The New Yorker Presents is a completely unique viewing experience. The pilot episode featured Tony-Award winner Alan Cumming (The Good Wife) and actor Brett Gelman (Go On) in a short film based on a story by Simon Rich (Saturday Night Live) and directed by Emmy Award-winning director Troy Miller (Arrested Development); a poem by Matthew Dickman; a documentary by Academy Award-winning director Jonathan Demme (The Silence of the Lambs) about biologist Tyrone Hayes based on a Rachel Aviv article; and an interview with famous performance artist, Marina Abramović, conducted by The New Yorker writer Ariel Levy. Academy Award-winning documentarian Alex Gibney (Taxi to the Dark Side) is Executive Producer, joined by Dave Snyder (Death Row Stories) and Dawn Ostroff (The Fashion Fund). The pilot was co-produced by Condé Nast Entertainment and Jigsaw Productions. Future episodes will include new segments that come from noted filmmakers, star talent and New Yorker writers.

Based on Cindy Callaghan’s young adult book of the same name and adapted by Joanna Lewis & Kristine Songco (Sullivan & Son, Fairly Odd Parents),Just Add Magic is a single-camera live-action pilot directed by Joe Nussbaum (George Lucas in Love, Awkward). The story centers on Kelly Quinn and her two BFFs, Darbie and Hannah, who stumble upon her grandmother’s mysterious cookbook in the attic and discover it has some interesting recipes. The Shut’em Up Shortcake actually silences Kelly’s pesky little brother and when the Healing Hazelnut Tart quickly heals Darbie’s ankle, the girls discover they have the power of magic. The project stars Olivia Sanabia (Extant), Abby Donnelly (Suburgatory), Aubrey Miller (Austin & Ally), and Judah Bellamy (Home).

The Stinky & Dirty Show, based on the “I Stink!” book series by Kate & Jim McMullan, is written by Guy Toubes (The Adventures of Chuck & Friends, Littlest Pet Shop, Hi Hi Puffy AmiYumi) and animated by Brown Bag Films, Ltd. (Peter Rabbit, Octonauts, Doc McStuffins). The Stinky & Dirty Show follows the adventures and mishaps faced by best friends and unlikely heroes, Stinky the garbage truck and Dirty, the backhoe loader. Whether it’s rescuing their pal Mighty the tugboat, or moving a giant boulder blocking the highway in their town of Go City, Stinky & Dirty are a dynamic duo of resourcefulness who make plenty of mistakes along the way. For them, hilariously failing turns out to be the most fun path to success.