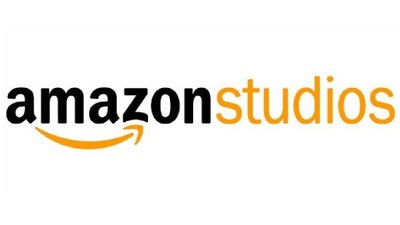 The Thought Leader Board will strengthen Amazon’s connection with kids and families and provide ideas and counsel on current trends for extended learning through its original preschool programming, including Tumble Leaf, Creative Galaxy, Annedroids and upcoming series, Wishenpoof!. The advisory body will serve as a think tank to foster discussion across childhood education staples -- including play, creativity, art, early life skills, and the Maker Movement -- and provide tools kids need to prepare for their future. The advisors will reinforce the Amazon Kids promise to make learning a joyful and lifelong adventure that inspires children by celebrating their natural creativity, playfulness, curiosity and imagination. Their initiatives will drive kids to become lifelong learners in a world where information is ubiquitous and readily available. Dale Dougherty is the Founder and Executive Chairman of Maker Media, Inc. which launched Make: magazine in 2005, and Maker Faire, and held its first event in the San Francisco Bay Area in 2006. Dougherty’s vision and mission continue to be the guiding force for the family of brands. The Maker Movement has contributed to a thriving market ecosystem, serving the needs of makers as they seek out product support, startup advice, and funding avenues and Make: has played an important role as a collaborator and resource for makers as they transition from hobbyists to professionals. As Executive Chairman, Dale is involved in editorial and content strategy, and both business and product development. As part of this process, he forges strategic partnerships in support of maker education, and global, cultural, and economic initiatives. Make: began at O’Reilly Media where Dale was a co-founder and the first editor of their computing trade books. Ellen Galinsky, President and Co-Founder of Families and Work Institute (FWI) is a founder of the work-family life field. Her more than 100 books and reports include the best-selling Mind in the Making: The Seven Essential Life Skills Every Child Needs, Ask the Children, and the now-classic The Six Stages of Parenthood. She has published over 300 articles in journals, books and magazines. At the Institute, Galinsky co-directs the National Study of the Changing Workforce, the most comprehensive nationally representative study of the U.S. workforce—updated every five to six years. She also co-directs When Work Works (a project on workplace effectiveness first funded by the Alfred P. Sloan Foundation) that has produced a series of research papers and has launched the When Work Works Awards as well as conducted the National Study of Employers, a nationally representative study that has tracked trends in employment benefits, policies and practices since 1998. Information from FWI’s research has been reported in the media more than three times a day since January 2010. In 2011, the Society for Human Resource Management (SHRM) and Families and Work Institute formed a ground-breaking, multi-year partnership that takes When Work Works out to employers in 50 states. Jarrett J. Krosoczka began his professional career by illustrating educational readers for a national publisher while still an undergraduate at Rhode Island School of Design. Then, just six months after graduation, Jarrett received his first contract for a trade book that he authored. Knopf Books for Young Readers published Good Night, Monkey Boy on June 12, 2001. Krosocka is a two-time winner of the Children's Choice Book Award for the Third to Fourth Grade Book of the Year and is the author and/or illustrator of twenty-seven books for young readers. His work includes several picture books, the Lunch Lady graphic novels and Platypus Police Squad middle-grade novel series. He has given two TED Talks, both of which have been curated to the main page of TED.com and have collectively accrued more than 1.5 million views. He is also the host of The Book Report with JJK on SiriusXM's Kids Place Live, a weekly segment celebrating books, authors and reading. His work has been featured on the front page of The Boston Globe and on NPR's All Things Considered. Jarrett's books have also been recommended by national publications such as Newsweek, The New York Times and USA Today. His Punk Farm picture book and Lunch Lady series are both currently in development as films.

Scot Osterweil is Creative Director of the Education Arcade and the Game Lab in the MIT Comparative Media Studies Program. He has designed award-winning games in both academic and commercial environments, focusing on what is authentically playful in challenging academic subjects. Designs include the acclaimed Zoombinis series (math and logic), Vanished: The MIT/Smithsonian Curated Game (environmental science), Labyrinth (math), Kids Survey Network (data and statistics), Caduceus (medicine), and iCue (history).  He is a founder and President of Learning Games Network, where he leads the Gates Foundation’s Xenos Language Learning Initiative (ESL), and where he designed Quandary, named Game of the Year at the 2013 Games 4 Change festival.