Thirteen-year-old goth girl character and her assorted cats created by skateboarder Rob Reger in the early 1990s to be adapted into an animated feature. 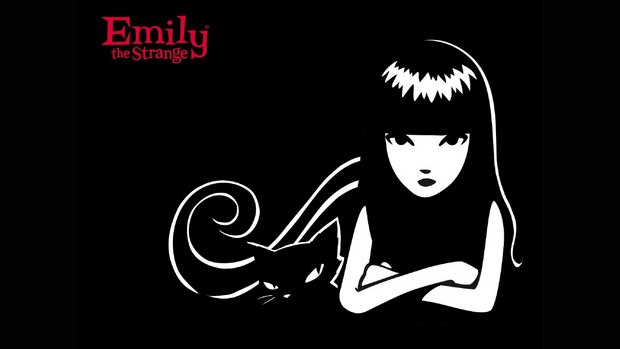 Dark Horse Entertainment’s Emily the Strange is being developed as an animated feature by Amazon Studios, according to a report by The Hollywood Reporter.

The intellectual property -- a 13-year-old goth girl and her assorted cats created by skateboarder Rob Reger in the early 1990s -- was originally designed as a sticker. The character evolved to take on a life of its own, spawning a multimillion-dollar global business in fashion, books and comics, toys, school supplies and accessories.

The deal, which is still in the negotiation stages, will see Dark Horse Entertainment’s Mike Richardson and Keith Goldberg serving as producer of the film alongside Reger.

Dark Horse Comics has been publishing Emily the Strange in comic book form since 2005, and publisher HarperCollins began its Young Adult book series centered around the character in 2009.

This isn’t the first feature adaptation attempted for the property; Universal picked up the rights for a live-action version starring Chloe Grace Moretz in 2008, with Dallas Buyer Club writer Melissa Wallack hired to write the screenplay, but the studio abandoned the project earlier this year.

Amazon Studios is reportedly searching for a writer to tackle this new adapatation -- head over to THR to read the full story.