Amazon Expands Anime Offerings with ‘Kabaneri of the Iron Fortress’ 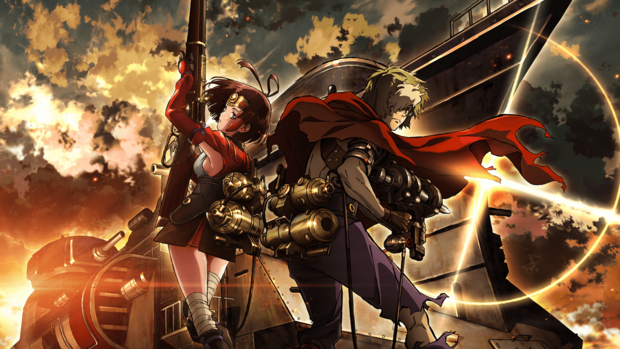 Amazon Studios will stream Wit Studio’s original television anime series Kabaneri of the Iron Fortress (Kōtetsujō no Kabaneri) on Amazon Prime Japan in April, according to a report by the Anime News Network.

The news was revealed on Twitter by studio head Roy Price, who posted in January that the company will stream the popular anime series on Amazon Prime Japan in April. He further confirmed that it will be available to Amazon Prime members in the United States as well.

Price then retweeted an article by German website Animania reporting that Amazon has the worldwide streaming rights to the anime.

The “steampunk survival action” story takes place on the island country Hinomoto, where humans hide themselves in fortresses called stations against the threat of zombie-like beings with steel hearts known as “Kabane.” Only armored locomotives known as “Hayajiro” travel between the stations.

The anime is slated to premiere on April 7 during Fuji TV’s Noitamina timeslot. The first episode will air at 12:25 a.m. local time on April 8, while the remaining episodes will air at 12:55 a.m.

Check out a promo for the new series from the official Kōtetsujō no Kabaneri website in the player below:

Tasuku Hatanaka (Ushio & Tora’s Ushio) as Ikoma, a young steam smith who make a living in Aragane Station making iron and steam engines. He and his good friend Takumi developed a weapon called “Tsuranuki Zutsu” in order to defeat the Kabane. Everyone makes light of him now, but he looks forward to a day when he will be triumphant.

Sayaka Senbongi (Chronicles of the Going Home Club’s Claire Kokonoe) as Mumei (Nameless), a mysterious girl who boards the Kōtetsujō and appears at Aragane Station. It seems she gets special treatment from warriors, but her true colors are...

Maaya Uchida (Charlotte’s Yusa and Misa) as Ayame, the eldest daughter of the family that governs Aragane Station. She will someday govern in her father’s stead, but until now hasn’t expressed her opinions clearly.

Toshiki Masuda (Samurai Flamenco’s Masayoshi Hazama) as Kurusu, a young warrior who serves Ayame’s family as her personal bodyguard. Among warriors his sword arm is considerable. He is usually sober and honest, and he maintains his honor as a warrior.

Yuuki Kaji (Attack on Titan’s Eren) as Takumi, Ikoma’s friend and fellow steam smith. Although he’s shocked by Ikoma’s rashness, he admires how Ikoma isn’t afraid of anyone.

Kanae Oki (Fresh Pretty Cure’s Cure Peach) as Kajika, Ikoma and Takumi’s friend and fellow steam smith. She has a familial personality.
Mariya Ise (Hunter × Hunter’s Killua) as Yukina, a crew member of the Hayajiro “Kōtetsujō,” who transports items across Hinomoto. She is a shy but big-sisterly hard worker who loves her job.

Ryota Ohsaka (Snow White with the Red Hair’s Zen) as Sukari, a steam smith who lives at Aragane Station. He puts up a cynical front, but has good judgement.

Kensuke Satou (Chaika the Coffin Princess’ Nikolai Aftotorr) as Kibito, a warrior who serves Ayame’s family. He is understanding and treats people of all social classes without discrimination.

In addition, the website lists Mamoru Miyano as a character named Biba, but no picture or information has been released.