Written by Becky Friedman and featuring music by The Roots, new ‘South Street Sounds’ animated series follows three friends growing up in the most musical of neighborhoods. 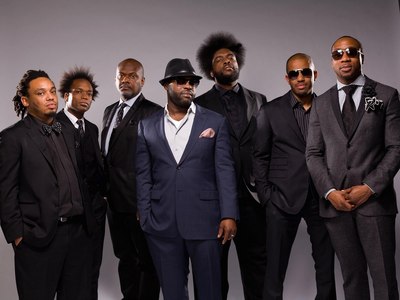 Amazon is currently developing an animated children’s series, South Street Sounds (working title), along with a live-action children’s series, with Grammy Award-winning hip-hop band The Roots and their Passyunk Productions. Both projects will be executive produced by The Roots’ Tarik Trotter and Ahmir Thompson, their manager Shawn Gee (Soundclash) for Philly Films, and Brian Sher (Boss) for Category 5 Entertainment.

Written by Becky Friedman (Daniel Tiger’s Neighborhood) and featuring music by The Roots, South Street Sounds follows three friends growing up in the most musical of neighborhoods, where the birds tweet to a beat, every shop-keeper, pizza-maker and crossing guard dance perfectly in time, and having a bad day means literally singing the blues. With such musical surroundings, it’s only natural that these three friends have formed a band called “South Street.” Together, creative-scatterbrain Zora, future-entrepreneur Nick, and disaster-averse Tyson, pride themselves on playing gigs for any occasion: no event is too big or too small! As they prepare for their performances, mishaps, obstacles and just a touch of chaos is never too far behind. With the help of their musical neighbors and through the strength of their own friendships, every episode ends in harmony.

Ahmir “Questlove” Thompson said, “As we venture into the world that is film and television production, we couldn’t think of a better partner than Amazon to help us develop these first two children’s projects.”

Tarik Trotter added, “Our love for music started as young kids, and we hope to inspire a generation of future artists, musicians and music fans through the stories we tell and the music they hear on these shows.”

“Driven by The Roots’ passion for music and the arts, these projects are perfectly aligned with our mission to inspire kids to think creatively and musically about the world around them,” said Tara Sorensen, Head of Kids Programming, Amazon Studios.

The legendary Roots Crew, consists of Black Thought (MC), Questlove (drums), Kamal Gray (electronic keyboards), F. Knuckles (percussion), Captain Kirk Douglas (electronic guitar), Damon Bryson (sousaphone) and James Poyser (electronic keyboard).The Roots have become one of the best known and most respected hip-hop acts in the business, winning four Grammys, including “Best R&B Album” for Wake Up!, “Best Traditional R&B Vocal Performance” for “Hang in There” (with John Legend) and “Best Group or Duo R&B Vocal Performance” for “Shine.” This brings the band’s GRAMMY nomination count to twelve. Additionally, “The Roots Picnic,” a yearly star-studded mix of musicians, has become a celebrated institution. The Roots were named one of the greatest live bands around by Rolling Stone and serve as the official house band on The Tonight Show Starring Jimmy Fallon.