Series featuring ‘Weird Al’ Yankovic and Aimee Mann will be available in more than 200 territories. 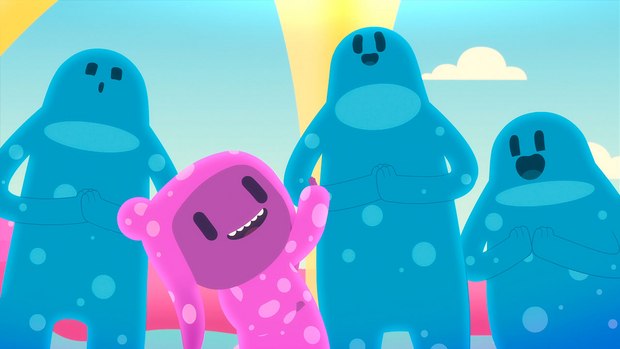 Little Big Awesome is a comedy for all ages that combines 2D animation, puppetry and real animals with live-action footage set in the whimsically weird world of Townopolis. The two colorful and adorable central characters are Gluko, a shapeshifting pink Jelly Giant; and Lennon, Gluko’s small, beanie-toting best friend. Viewers will also meet the notorious Mr. Sprinkles (a kitty with an eye patch), Claude the Buff Hamster, Fluffy Smoosh and Stuhven, who lives in Lennon’s hat.

The series follows Gluko and Lennon, the two best friends ever of all time in the history of everything. While having weird and wonderful adventures, these besties help the citizens live their best lives, even if helping sometimes causes more problems than it solves.