Deal gets e-commerce and streaming giant extensive library of more than 4,000 films and 17,000 TV shows, including ‘Rocky,’ ‘The Pink Panther,’ ‘Tomb Raider,’ and a part of ‘James Bond.’ 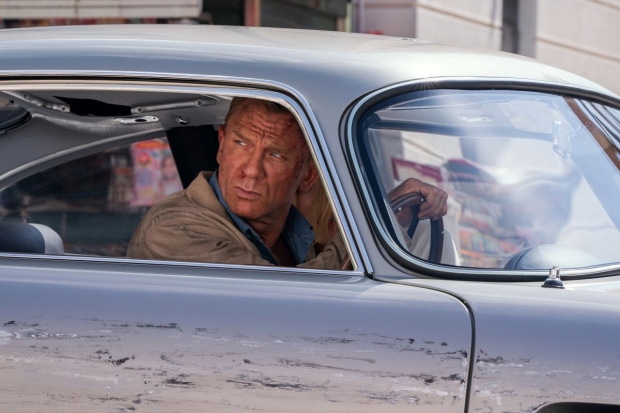 The world of James Bond has just been shaken, not stirred! Amazon and MGM have announced a definitive merger agreement under which Amazon will acquire MGM for a purchase price of $8.45 billion, subject to regulatory approvals. The deal is expected to be finalized before the end of 2021. The move should provide Prime Video with a huge boost; MGM’s library of more than 4,000 films and 17,000 TV shows includes numerous iconic titles such as 12 Angry Men, Basic Instinct, Creed, Legally Blonde, Moonstruck, Poltergeist, Raging Bull, Robocop, Rocky, Silence of the Lambs, Stargate, Thelma & Louise, Tomb Raider, The Magnificent Seven, The Pink Panther, The Thomas Crown Affair… and James Bond…

An Amazon statement read, “MGM has nearly a century of filmmaking history and complements the work of Amazon Studios, which has primarily focused on producing TV show programming. Amazon will help preserve MGM’s heritage and catalog of films, and provide customers with greater access to these existing works. Through this acquisition, Amazon would empower MGM to continue to do what they do best: great storytelling.”

However, expanding Prime Video’s content library is not where MGM’s value truly lies. According to Mike Hopkins, Senior Vice President of Prime Video and Amazon Studios, “The real financial value behind this deal is the treasure trove of IP in the deep catalog that we plan to reimagine and develop together with MGM’s talented team. It’s very exciting and provides so many opportunities for high-quality storytelling.”

According to Variety, other companies looking at MGM believed the studio was worth between $5-6 billion plus the assumption of debt. The lower valuation was due in part to the fact that MGM shares Bond franchise rights with Eon Productions, run by Barbara Broccoli and Michael G. Wilson, who wield significant control, including how and when films are made and distributed. Like putting them in theaters and not on a streaming service.

Since that report, Eon’s Broccoli and Wilson issued a statement saying, “We are committed to continuing to make James Bond films for the worldwide theatrical audience.” We assume that their highly anticipated No Time to Die will get it’s planned theatrical release on October 8.

Commenting on the deal, Kevin Ulrich, Chairman of the Board of Directors of MGM, said, “It has been an honor to have been a part of the incredible transformation of Metro Goldwyn Mayer. To get here took immensely talented people with a true belief in one vision. On behalf of the Board, I would like to thank the MGM team who have helped us arrive at this historic day. I am very proud that MGM’s Lion, which has long evoked the Golden Age of Hollywood, will continue its storied history, and the idea born from the creation of United Artists lives on in a way the founders originally intended, driven by the talent and their vision. The opportunity to align MGM’s storied history with Amazon is an inspiring combination.”