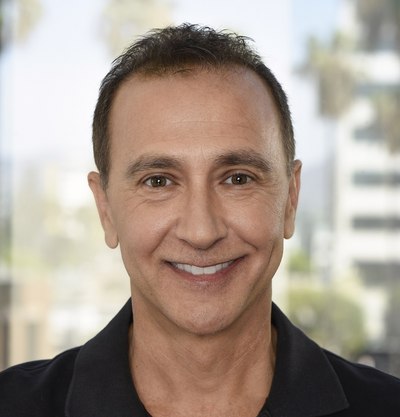 LOS ANGELES -- Chinese entertainment conglomerate Alpha Group Co. Ltd. has announced that Bob Bacon will serve as Chief Executive Officer of Alpha Animation, a new division dedicated to the development and production of high-quality animated feature content for a worldwide audience. In his new role as CEO, Bacon will oversee all aspects of development, production and operations as he leads Alpha’s efforts to build a global animation powerhouse.

“Bob is one of the most respected and accomplished animation executives in the industry, and we are excited for him to helm Alpha Animation as our company continues to expand its foothold in the animation industry,” said Alpha Interactive Entertainment Division CEO Chen De Rong in making the announcement. “Animation has always been at the core of our company’s focus, and producing world-class animation is a key step of Alpha’s globalization strategy. We are looking forward to working with some of the most talented people in the business through this new venture.”

“I am thrilled to join Alpha Animation and thank Alpha Group Founder and Chairman, Mr. Cai, and Mr. Chen for the opportunity to build an artist-friendly, world-class animation business here in Los Angeles,” Bacon added. “It’s an exciting time for the animation industry, and I’m looking forward to working with the best and brightest talent to create great stories and characters to entertain an international audience. Alpha has impressively grown into a fully-integrated entertainment company over the years with a strong leadership position in the creation, distribution, and consumer products licensing of its properties which are some of the most recognized brands in China, and I’m excited to be a part of further growing the business.”

Alpha Animation will look to leverage Alpha Group’s various properties as well as create original fare with the goal of releasing their first feature in 2020 and to produce a film per year thereafter for the global market.

Bacon most recently held the post of Executive Vice President of Production for Paramount Animation, where he served as head of the animation division. While at Paramount, Bacon oversaw the production and launch of the 2015 hit film, The SpongeBob Movie: Sponge out of Water, and helped develop a full slate of films for the studio to release through 2019. Prior to his work at Paramount, he served as a production executive for Disney’s Touchstone Pictures on the 2011 animated feature release, Gnomeo and Juliet.

Bacon started his career in animation at Disney in 1991 working on such classic films as Beauty & the Beast, Aladdin, The Lion King, Tarzan and Lilo & Stitch. In 2001 he was named Senior Vice President of Production, during a pivotal time in the studio’s history as they made the transition from a traditional, 2D studio to one focusing on computer animation. He was later promoted to Executive Vice President of Walt Disney Animation Studios, overseeing production, finance and technology and running the day-to-day operations of a crew of over 600 artists, technicians and production staff.

The Alpha Group Co. Ltd. is the largest animation group and a leading pan-entertainment platform in China. Established in 1993, Alpha has transformed from a toy-oriented company to a globally-focused entertainment enterprise. It possesses a strong content ecosystem featuring novels, comics, animation as well as movies, providing a solid foundation for activities spanning across mass media, games, movies, toys, consumer products, education, and theme parks. Owning more than ten animation studios, Alpha has been taking a multi-dimensional brand strategy to foster original properties and products. The company’s lineup of star properties includes Super Wings, targeting preschool children. On the feature film side, Alpha Pictures was a co-producer on the all-time highest box-office earner in China, The Mermaid, and also recently launched a partnership with New Regency Productions, including a successful investment in the film, The Revenant, as well as upcoming releases Assassins Creed and Splinter Cell.