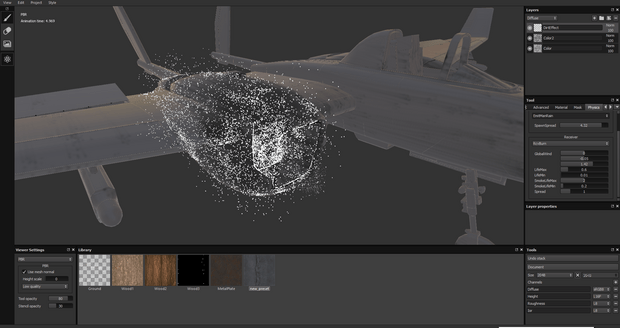 “When artists saw our prototype, they were shocked,” said Dr. Sébastien Deguy, Founder and CEO of Allegorithmic. “Nothing is more important to game and 3D artists than making an object or environment look real; now a professional look is available in seconds.”

Other Key Features in Substance Painter include:

Paired with the newly-released Substance Designer 4, Allegorithmic’s parametric texture creation system, Substance Painter gives game developers all the power they need to future-proof their pipeline for whatever the console or indie publishers throw at them.

"The feedback we are getting is off the charts,” added Deguy. “We usually don’t like to say groundbreaking, but there’s no other word for it.”

The beta version of Substance Painter is available upon request on both the Mac OSX and PC platforms. During the open beta (planned for January 2014), special pre-purchasing discounts will apply.