All New ‘The Simpsons’ ‘The Extremesons’ Extreme Sports Couch Gag 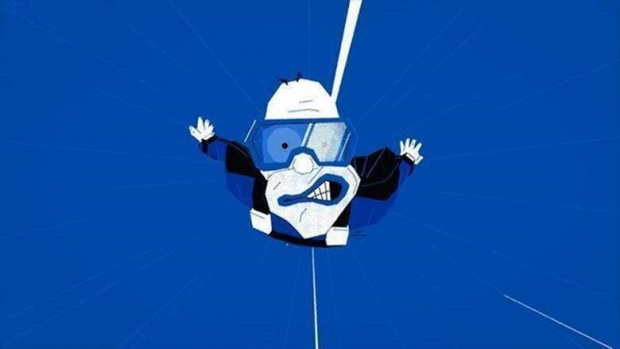 As much as fans of The Simpsons eagerly await each new episode, for many, the show’s opening couch gag is the free six-pack in their Sunday night jaunt to Springfield.

This Sunday, there’s an all new The Simpsons episode, “The Incredible Lightness of Being a Baby,” which will find Maggie reunited with Hudson, her playground rescuer from the latest The Simpsons animated short, Playdate with Destiny. New episode, new couch gag. And this one is “extreme to the max.”

Designed and directed by brothers Michal, Jakob, and Bartok Socha, and produced by Ron Diamond through his production company, Acme Filmworks, “The Extremesons” couch gag is a textured, almost gritty take on the immersive world of VR, as the entire Simpsons clan dons headsets and escapes to a highly stylized virtual world of extreme sports adventure: Homer by plane, Maggie by surfboard, Bart by snowboard, Lisa by swim fins, and Maggie by tricycle.

Created in a little more than three months using 2D and 3D, this is the Polish brothers’ third couch gag produced with Diamond and Acme (note that Diamond is also co-founder and president of AWN, and curator and producer of The Animation Show of Shows); the team was also responsible for gags “Homer’s Brain” fronting the 2014 episode, “What to Expect When Bart’s Expecting” and “The Couch Gag Manual” fronting the 2017 season finale, “Orange is the New Yellow.”

Let’s take a look at their previous couch gag work: