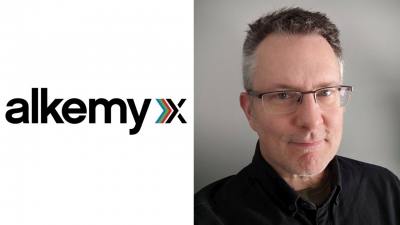 Porterfield, with over 30 years of experience in visual effects, joined Alkemy X in July 2022 as Head of 2D.  His diverse VFX background spans feature film, episodic and commercial projects, with credits including work on Apple TV+'s Lisey's Story; Netflix’s Don't Look Up; Marvel’s Ant-Man and the Wasp and Guardians of the Galaxy Vol. 2; DC’s Batman v Superman: Dawn of Justice; Roland Emmerich's Midway; and HBO’s Game of Thrones.

“There has been a massive resurgence of activity and investments within the post-production industry in Vancouver over the past number of years and we’re excited to build a strong presence there,” said Miller. “The wealth of VFX talent in the area is impressive and with more studios looking to shoot in Vancouver, this move allows us to be a local resource to help accelerate these projects.”

Alkemy X President and CEO Justin Wineburgh added, “The West Coast has been a key area of growth for our powerhouse visual effects team over the past two years, and with Vancouver continuing to grow as a major foothold for post-production, this was a natural next step for our growing VFX division. Michael Porterfield is a talented leader with a deep understanding of the nuanced need for curating teams to handle projects of all scopes and sizes and his ability to streamline creative and technical processes will be essential as we continue to scale in the Canadian market.”