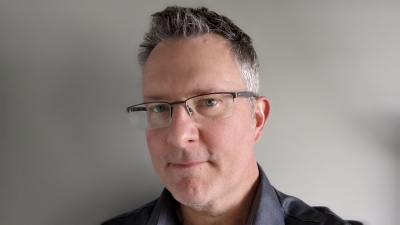 Porterfield’s hire is an example of Alkemy X’s continued expansion into a market that increasingly demands and depends on a globalized talent pool. The company’s move into Vancouver follows the announcement of Toronto and Singapore earlier this year.

“Jep and I immediately aligned on our obsession with constant optimization, and I’m really excited to build upon the shorthand that we developed initially working together,” shared Porterfield. “People are the core of the VFX team at Alkemy X, and our best results come from a human approach to digital collaboration, which is a driving force to my approach to leading teams.”

“Michael has a tremendous wealth of experience working on some of the most respected entertainment franchises, bringing not only a deep understanding of the complex needs of projects of that scope and magnitude but also how to execute on time and budget,” added Alkemy X president & CEO Justin Wineburgh. “As our VFX team continues to expand, having a rockstar like Michael leading our 2D team will allow us to continue to respond to market shifts and provide the kind of creative solutions that studios are looking for today.”

Drawn to storytelling through the written word, Porterfield was an English Literature student at the University of Wisconsin before shifting to filmmaking. He graduated with a bachelor’s degree in English Literature with a Minor in Film Production. He began his career in commercials, learning the art and technique of visual effects hands-on, before eventually landing in Vancouver, where he transitioned into episodic and feature film work in the early 2000s.

He has worked in a range of positions across the visual effects industry including at Sony Pictures Imageworks, with stints at Scanline VFX, Asylum VFX in Santa Monica, and Rainmaker in Vancouver. He started as a Flame Artist before moving into compositing, eventually becoming a compositing supervisor.