The Oscar-winning couple, known for their distinct cartoon style and cutting humor, have been awarded this year’s Fellowship Award for their contributions to the animation industry; the award will be presented on the MAF platform alongside a retrospective screening of their work. 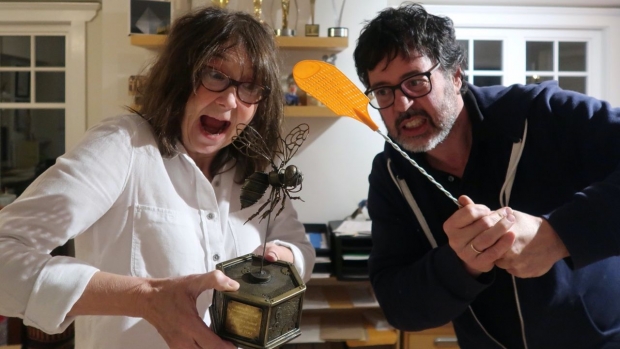 Snowden and Fine are the creators of numerous award-winning short films, animated TV series and ads. They have been working together since they met at film school in London, and now reside in Vancouver, Canada. Their films offer a unique window into the human condition through their distinct cartoon style and razor-sharp humor.

“Congratulations to my old film school chums,” commented Wallace and Gromit creator Nick Park. “It’s so great to see you get this wonderful fellowship award from the very prestigious Manchester Animation Festival and to be recognized in this way for your amazingly funny and original and inspired body of work. I’ve always looked forward to seeing your next thing and always felt so inspired by you. It’s wonderful to be able to sit here and say congratulations on yet another recognition, and a very important one - so well deserved.”

Snowden and Fine will receive this award on the MAF platform alongside a retrospective screening of their work. “It’s been a difficult year and the festival team have worked hard to bring the scale and ambition of the usual festival to your homes,” noted festival director, Steve Henderson. “We are passionate about animation, but the festival just wouldn’t be possible without the generous support of the funders and partners who have helped make MAF a reality.”

Check out the festival trailer:

“We’d like to thank our audience who inspire us to face the challenges that come our way; we are not only here for you, but we are here because of you,” added festival producer and programmer Jen Hall. “Thank you all for joining us as we deliver new ways to inspire and celebrate the animated form.”

Manchester Animation Festival comprises film premieres, exclusive screenings, workshops, panels and so much more. It runs until November 30 and tickets are available HERE.