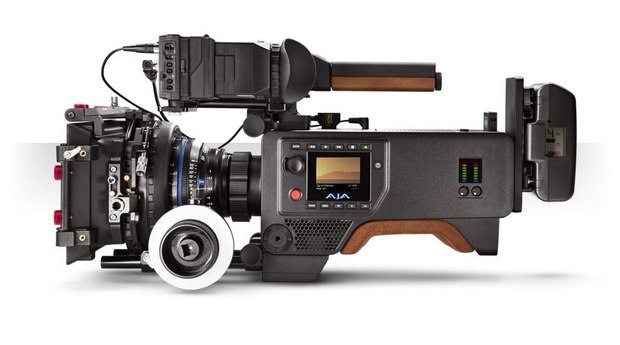 Ergonomic and lightweight with unparalleled connectivity, CION is capable of shooting at 4K/UltraHD and 2K/HD resolutions. In-camera recording directly to the Apple ProRes family of codecs, including 12-bit ProRes 444, enables incredible image quality capture to cost-effective AJA Pak SSD media at up to 4K/60p, and offers compatibility with a wide range of post production applications. CION can also output AJA Raw at up to 4K 120fps via 4 x 3G-SDI or up to 4K 30fps via Thunderbolt™.

“We're thrilled by the enthusiasm we’ve seen for CION from the community thus far and we’ve been blown away by the incredible images our users are creating; it’s fueling our team’s efforts to regularly bring users new features and improvements that will help solve common production problems,” says Nick Rashby, President, AJA Video Systems. “CION already offers so many great features at an incredible price point, and this software update is just another example of our commitment to make it even greater with the integration of some of our most popular user-requested features.”

CION v1.2 firmware is field-upgradeable, easily uploaded to the CION camera via a built-in web UI with a standard web-browser, and recommended for all CION users.