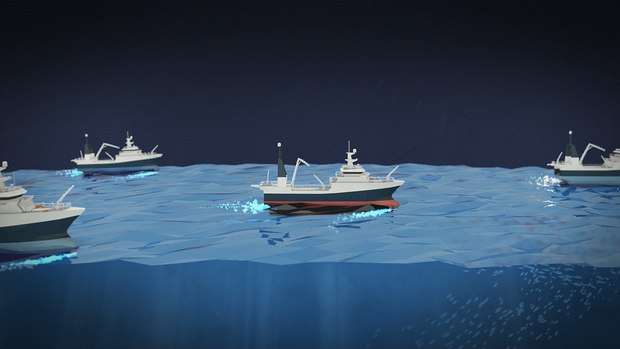 London-based production company Agile announced that it has signed two new directorial entities, duo Luca&Sinem and UHSLESS, to its roster of animation talent.

The films of Luca&Sinem are grounded in character-driven storytelling employing a mix of 2D illustration and 3D. They have received praise across the industry for their unique mix of stylized 2D and 3D animation techniques. The Turkish-born directing duo met at The New Academy of Fine Arts (NABA) in Milan, and having worked together for many years in different roles in the animation/VFX industry, they embarked on a new adventure as co-directors in 2010.

Alongside commercial projects, Luca&Sinem create their own short films, with their latest offering, Fingers Tale, selected for the illustrious Pictoplasma festival, Best of TAAFI, the Atlanta Film Festival, SIGGRAPH Asia, and many more.

Berlin-based design studio UHSLESS is led by designer and director Uli H. Streckenbach. While growing up in Eutin, a very small town in the North of Germany, Streckenbach found a Batman comic in a corner shop and from that day on wanted to become a comic artist (and Batman) -- but career aspirations change…. During his first internship in Hamburg, Streckenbach developed his love for graphic design and animation. Eager to learn more, he attended the Burg Giebichenstein University of art and design in Halle, Germany. His graduation film, Ending Overfishing, visualized the severe consequences of overfishing. The film garnered the interest of different organizations and charities around the world; the European Commission, WWF and Greenpeace, who were all drawn to Streckenbach’s informative and graphic 3D animation style.