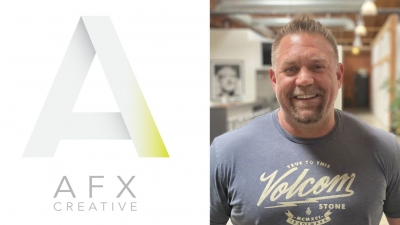 Independent VFX and design studio, AFX Creative has expanded its leadership team with the hire of systems engineer and administrator Toby Gallo to serve as its new director of technology. Key promotions were also announced: Esther Minitser to head of production, Jessica Amburgey to senior color producer, and Stefan Kim to production coordinator. The announcement was made by Mark Leiss, AFX creative founder and managing director.

“We’re proud to hire the best in the industry while also growing and developing talent from within our company,” noted Leiss.

With more than 25 years of technology experience in network design, implementation, and support, Gallo most recently worked at Shed, where he oversaw systems and network administration, and periphery management. He has also worked for companies such as Technicolor; Warner Bros.; Sony Pictures Entertainment; Digiscope; Nickelodeon; Gradient Effects; and World Wide Broadcasting. Gallo is known for his work on ground-breaking pipelines and render farm solutions in the long-form episodic world.

“Toby brings a wealth of knowledge, experience and a unique strategic vision to AFX Creative that will carry us forward as we continue to adapt to an ever-changing landscape,” added Leiss.

“AFX is a technology forward company,” remarked Gallo. “We plan on taking it to the next level, implementing the latest in virtualized technologies and remote workflows, ultimately allowing AFX to service our clients’ needs and beyond.”

Esther Minitser has been named AFX Creative’s head of production. She was promoted from within the company having served as VFX producer for the past three years. Sshe joined the company in 2015. A recent graduate from the Pepperdine Graziadio Business School in California, Minitser applies that knowledge to her day-to-day work.

Jessica Amburgey has been named senior color producer. She joined the company as a color producer in October 2020 - she previously worked at The Mill. Stefan Kim first joined AFX Creative in June 2018 as head of client services and has now been named production coordinator.