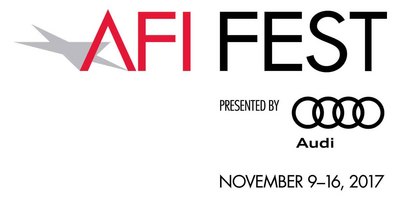 The American Film Institute (AFI) announced the Tech Showcase lineup for AFI FEST 2017 including a selection of 360-degree, virtual reality, augmented reality and immersive short film experiences representing a cross-section of what's currently possible in this new cinematic medium. The showcase will be on display Nov. 11-14 at The Hollywood Roosevelt, in the Academy Room and Johnny Grant Suite.

This year's Tech Showcase is sponsored Audi, VIZIO, Dolby and HTC Viveport. VIZIO and Dolby will present a panel discussion that will focus on creating and delivering the highest quality visual experience for home entertainment. In addition, a special event will be held at the Dolby Cinema at Vine spotlighting how Dolby Vision and Dolby Atmos technology and tools are used to bring stories to the big screen. The VR projects will be showcased on a variety of platforms including Gear VR, HTC Vive, Oculus Rift and Positron's Voyager chair.

The Tech Showcase will open with a case study presentation from Eugene Chung, president and CEO of Penrose Studios, a startup focused on augmented and virtual reality. Formerly, Chung was head of film and media at Oculus VR, which was later acquired by Facebook for $2 billion. While at Oculus, Chung co-created Story Studio, bringing together storytellers and artists from Pixar.

A presentation by Penrose Studios Founder and CEO Eugene Chung, the creator of cutting-edge VR animation such as Allumette and Arden's Wake: The Prologue will kick off the Tech Showcase. Both of these pieces will be on view following the case study presentation.

This panel features creators whose VR works started as short films and whose 360-degree works incorporate strong narrative storytelling. Some are companion VR pieces that heighten the experience of the original films, while other works are standalone projects. Panelists include Wes Hurley (Potato Dreams), Cameron MacLaren (Deerbrook) and Simon Shterenberg (Wonder Buffalo).

Funding and Financial Models For VR

This panel discussion centers on how and where VR artists can find funding, as well as platforms and models for distribution. Panelists will include Jeffrey Abramson, DiscoveryVR head of programming and development; James Kaelan, acquisitions and licensing for Positron; and Kaleidoscope founder René Pinnell; as moderated by Daniel Burwen, creative director and head of Cognito Comics.

Tech Showcase Pieces will include:

After Solitary -- Spend time inside a Maine State Prison solitary confinement chamber to hear the harrowing story of one man's time there and what happened when he got out. (Directed by Cassandra Herrman, Lauren Mucciolo)

Alteration -- Alexandro volunteers for a dream experiment, unaware that scientists will inject him with Elsa, an Artificial Intelligence. (Directed by Jérôme Blanquet)

Arden's Wake: The Prologue -- The sea levels have risen, and a young woman and her father live in a lighthouse perched atop the ocean's surface. When he goes missing, she must descend deep into the post-apocalyptic waters previously forbidden to her, embarking on a thrilling journey of family history and self-discovery. (Directed by Eugene Chung)

Break A Leg -- Taking inspiration from 19th-century magic shows, Break A Leg puts you in the magician's shoes, allowing you to perform the art of illusion. (Directed by Emilie Joly)

Dear Angelica -- Entirely painted by hand, Dear Angelica is a journey through the magical and dreamlike ways we remember our loved ones. (Directed by Saschka Unseld)

Deerbrook -- Two strangers show up at a family's cottage claiming to have spent their childhood summers there, but their behavior seems to be driven by something more sinister than nostalgia. (Directed by Grayson Moore, Jon Riera, Aidan Shipley, Connor Illsle)

Fistful Of Stars -- A multidimensional view into space, using photorealistic simulations of iconic imagery from the Hubble Space Telescope. (Directed by Eliza McNitt)

Gary & Claire -- The charming story of the unlikely friendship between a sloth and a baby bird. (Directed by Sehsucht Berlin)

Hallelujah -- Place yourself at the center of every rhythm, hymn and octave in a reimagining of Leonard Cohen's "Hallelujah." (Directed by Zach Richter)

Ko'ko's Curse -- In this augmented reality piece, aid the Great Ko'Ko in finding his lost feather and restore balance to the world. (Directed by Emilie Joly)

Life Of Us -- Scream, run, dance and evolve with a friend as LIFE OF US starts from a single-cell organism and ends as a posthuman robot. (Directed by Chris Milk, Aaron Koblin)

Moderat -- Take a journey through this heightened dystopian reality, in this black-and-white computer animated music video. (Directed by Mate Steinforth)

Potato Dreams -- Experience firsthand a young man's journey growing up gay in the Soviet Union, along with his mother's struggles to create a better life for them, and their escape to America. (Directed by Wes Hurley)

Son Of Jaguar -- In this heartwarming and vividly animated VR experience, luchador Son of Jaguar takes to the ring to fight his next opponent. (Directed by Jorge Gutierrez)

Sonaria -- An immersive tale of sound and light, SONARIA follows two ever-changing creatures as they flow from one lifeform to another. (Directed by Scot Stafford, Chromosphere)

Through You -- This immersive experience told through movement and dance follows a couple as they move through the life cycle of their relationship. (Directed by Saschka Unseld, Lily Baldwin)

Tree -- With your arms as branches and your body as the trunk, experience a tree's growth from a seedling into its fullest form, and witness its fate firsthand. (Directed by Milica Zec, Winslow Porter)

Wonder Buffalo -- The coming-of-age story of a Thai-American teen finding acceptance and empowerment cosplaying as her favorite superhero. (Directed by Christine T. Berg)