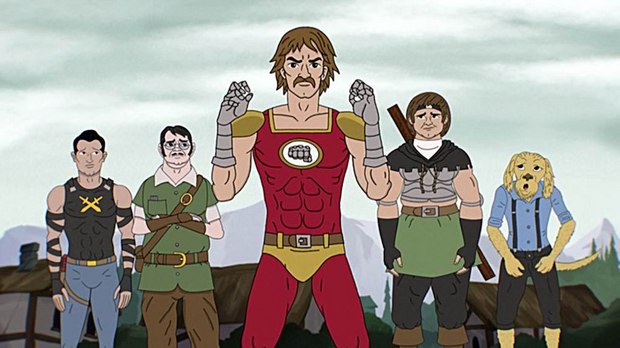 Adult Swim has announced two action-packed new animated series that will premiere later this year, with Apollo Gauntlet out this summer, followed by Hot Streets in the fall. Set in a futuristic medieval society, the quarter-hour animated adventure comedy series Apollo Gauntlet is created by independent Canadian animator Myles Langlois, who brings an '80s Saturday-morning cartoon vibe to the series. On Earth, Paul Cassidy is just another cop, but when the evil Dr. Benign transports him to another world, he becomes a new kind of hero. With the help of a magical suit and a set of talking gauntlets, he’s able to fight crime exactly the way he wants...and he’ll do it as Apollo Gauntlet!