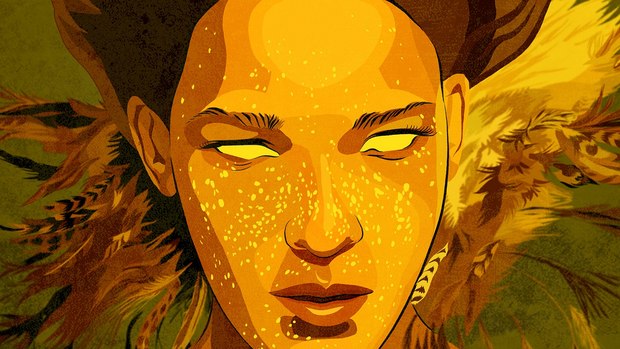 Scheduled to begin production before the year’s end, Dream Corp, LLC. is an absurd workplace comedy set in a neglected dream therapy facility in which a rotating cast of patients have their dreams recorded and analyzed by Dr. Roberts (Jon Gries of Napoleon Dynamite), the program’s absent-minded supervisor, and his team of scientists.

A pilot for Dream Corp, LLC. was originally ordered in 2014, and it will be the first of Adult Swim's series to use rotoscope technology, the process by which live-action footage is traced over frame by frame. Produced by Artbelly Productions, the series will draw from Stessen’s experience directing the short film The Gold Sparrow.

Here’s the synopsis as written by Stessen:

“DREAM CORP LLC” is an experimental therapy facility that creates a virtual reality for patients to confront issues in their waking life by simulating their wildest dreams. Guided by the eccentric Dr. Roberts (Jon Gries) a team of unique scientists document and conduct their research that hasn't been funded since 1992. Like a poorly maintained carnival ride, the program has developed some questionable kinks throughout the years. The patients change from week to week, but despite the advice of their loved ones and their own instincts, they keep coming back.