Network is reportedly cutting ties with the prolific animation producer and voice actor in the wake of his being charged for an alleged incident against an unnamed girlfriend in 2020. 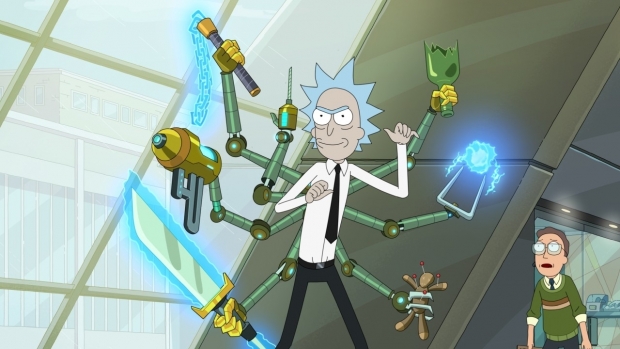 Justin Roiland, co-creator of the hit Emmy Award-winning animated series Rick and Morty, has been dropped by Adult Swim in the wake of his being charged with felony domestic violence, according to Variety. They had previously reported that the felony complaint was based on an incident that happened “on or around Jan. 19, 2020, against an unnamed Jane Doe who was dating Roiland at the time.”

This past January 13, the prolific animation producer and voice actor faced a pre-trial hearing on charges of felony false imprisonment by menace, violence, fraud and/or deceit he pleaded not guilty to in 2020. While no trial date has been set, he faces another pre-trial hearing on April 27.

The hugely popular Rick and Morty was renewed for 70 episodes back in 2018. Season 6 just finished its run last month, with a total of 61 episodes of the show airing to date.

Roiland also co-created Hulu’s Solar Opposites and voices the main character, Korvo. The show, originally greenlit for two seasons, was renewed for a third back in 2020. He has lent his voice to episodes of Adventure Time, Gravity Falls, Fish Hooks, The Simpsons, Robot Chicken, and more. He founded animation studio Justin Roiland’s Solo Vanity Card Productions! as well as Squanch Games.