Mixed reality XR experience will immerse audiences into the magical journey of Amara, a Black teenager in Amsterdam, a fictional story inspired by the Black Girl Magic ethos. 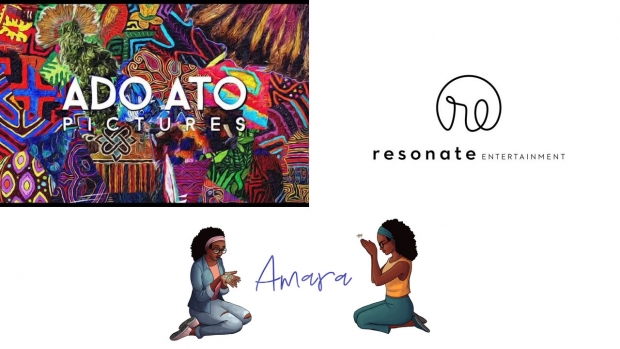 LOS ANGELES -- Ado Ato Pictures announced that Resonate Entertainment will be joining as executive producer on the upcoming XR film, ANOUSCHKA. The film is an animated fictional story inspired by the Black Girl Magic ethos and Black girls around the world, currently in production in Amsterdam.

In the interactive story, Amara, a Black teenager in Amsterdam, embarks on a magical journey of self-discovery through time and space. She must travel back and connect with generations of women that preceded her to save her grandmother and twin brother from a multi-generational family curse. She discovers her family’s ancestry and magical powers along the way and reconnects with her roots while also learning more about the present.

Designed as a mixed reality (XR) experience, ANOUSCHKA immerses the audience as active participants in the story through movement, touch, and sound-based interactions, helping Amara tap into her powers by chanting incantations and assisting her in collecting magical items.

“I am thrilled to have Resonate Entertainment join as executive producers on ANOUSCHKA,” commented Ado Ato Pictures creative director, Tamara Shogaolu. “Not only do they bring a wealth of experience and a proven track record of bringing content to life, but Susan Cartsonis has been a mentor to me for many years.”

“Tamara’s work as a student always reflected her incredible vision for social action combined with her passion for being a global storyteller whose own diverse background feeds her beautifully empathic point of view,” remarked Resonate Entertainment partner, Susan Cartsonis. “It’s no surprise to me that since graduate school she’s won a prestigious Luce Fellowship and worked in Jakarta, has been tapped by Harvard to lecture on VR, participated in the Sundance Labs, and had her work featured at MOMA. We are honored and proud to support her continued journey as an innovative, committed content creator pushing the boundaries of cutting-edge technology, while giving audiences, particularly young ones, the opportunity to be immersed in an empowering and magical story.”

ANOUSCHKA is currently running a Kickstarter campaign through the end of August. More information is available here.