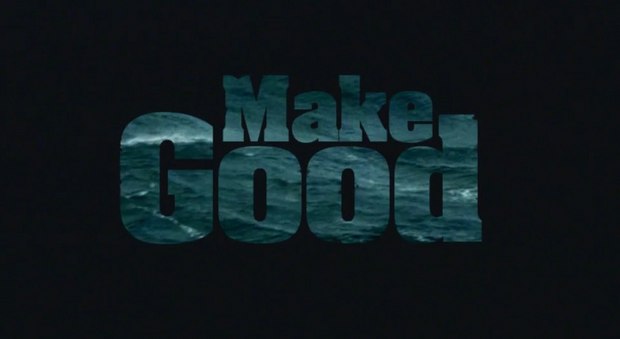 Not-for-profit creative platform ADCAN has announced the launch of the 2016 ADCAN Awards. The annual competition returns for its third year to champion yet more unsigned creative talent, give emerging filmmakers access to industry leaders, and provide four charities and social enterprises with original films to help promote their cause.

ADCAN is a collective of top film and advertising industry execs and companies, all volunteering their time and expertise to #makegood. It was founded by creative and production veterans Dan Heighes, Brydon Gerus and Deborah Casswell, who recognized the need to help more emerging talent get their foot in the door and mobilize the film and advertising industry to make a real difference.

"Quite simply, ADCAN is the award scheme for people who want to make a difference to their career and the world at the same time,” says ADCAN founding partner Deborah Casswell.

Their hard work saw the ADCAN team receive a Points of Light Award last year from Prime Minister David Cameron, which recognizes outstanding volunteers who are making a significant change in their community and inspiring others.

“ADCAN is a brilliant initiative to help both smaller charities and the next generation of talented filmmakers,” says David Cameron.

Returning after two successful years, the free-to-enter competition invites unsigned creatives from across the UK to select a brief from one of four charities and create a 30 second film, which helps to spread the charities’ messages in a unique and vibrant way. The shortlisted filmmakers and winners will then be given the opportunity to attend two days of exclusive industry access workshops with ADCAN partners Partizan, Rattling Stick and Nexus, and other industry leaders such as Work, Wave, ARRI Media and The Mill. The competition culminates in an awards ceremony hosted at The Mill -- the renowned post-production house in central London, which will also see other leading creatives in attendance to talk about how they #madeit in the industry. Previous speakers include Mark Denton, Nexus directors Smith & Foulkes, and Crispin Porter CCO Dave Buonaguidi.

The 2016 awards return with a diverse slate of causes including The GirlHood, a social enterprise that supports and encourages young women to succeed in the creative industries, Streetbank, a charity that fosters sharing to create better communities, Nordoff Robbins, the specialist music therapy charity dedicated to transforming the lives of vulnerable children and adults across the U.K., and CALM, a campaign against living miserably supported by Topman and U.K. rapper Professor Green.

“It’s great to be a part of the ADCAN initiative, we really admire the aim of the awards and are thrilled to shed some light on the GirlHood, which we hope will encourage female creatives to submit content,” says the GirlHood co-founder Kati Russell.

“Streetbank is thrilled to be one of the ‘chosen’ for the ADCAN Awards and have the chance to work with the very best up-and-coming creative talents,” says Streetbank founder Sam Stephens. “Their genius to create short films with emotional punch will help inspire neighbourhood generosity and so change for good the places where we live.”

To mark this year’s competition, Rattling Stick, Nexus and Partizan have created their own ads emphasising the importance of ADCAN’s #makegood ethos. Rattling Stick director Austen Humphries has created a film, which sees the crew of a sinking WW2 U-boat make good out of their perilous situation:

“The term ‘make good’ could apply to so many things that I decided to focus on one of the most basic -- the simple act of actually making something,” Cunningham says of the project. “Massive fingers delicately make the first cut into a piece of wood -- from tiny beginnings great things will grow. The pivotal first step of a project infinitely looped.”

“‘Make good’ is the seed of something. In this case the seed is literal -- a corn kernel. That pops into a sheep. Why a sheep? It's unexpected -- like all the best ideas!” Goby adds.

Partizan director Ozzie Pullin’s film will be about a journey of music; from street to stage through the power of the internet and will be released in the coming weeks.

Previous winners of the ADCAN Awards have gone on to make everything from music videos to short films, some have even secured full time employment with leading production companies Rattling Stick and Partizan. All of ADCAN’s alumni also receive ongoing help and career advice.

Budding filmmakers that want to get involved in this year’s competition should visit www.adcanawards.com for more information and to download the briefs, which are now live.