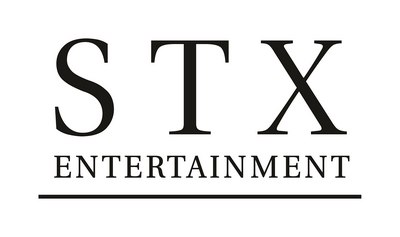 BURBANK, CA -- Adam Sandler and Happy Madison Productions have signed an overall deal to write, produce and star in a new untitled animated project for STX Entertainment, it was announced today by Adam Fogelson, Chairman of the STX Entertainment Motion Picture Group.

As part of the 12-15 motion pictures the studio will release each year, STX is focused on creating multi-platform family franchises across film, television and digital. The company is currently developing a major animated motion picture based on the beloved Uglydoll toy brand. The deal with Sandler and Happy Madison will add another major animated project to STX’s growing portfolio of family targeted IP. Adam Sandler’s last two animated blockbusters, Hotel Transylvania and Hotel Transylvania 2, have generated more than $825 million worldwide.

Fogelson, who worked closely with Chris Meledandri’s Illumination Entertainment on blockbusters including Despicable Me, Despicable Me 2, Minions, The Lorax and more said, “As we continue to grow our company, the family arena is of critical importance to STX Entertainment and we are tremendously excited to have Adam Sandler and Happy Madison developing projects with us for the global animation market. Happy Madison is one of the most consistently successful and talented producers of family entertainment working in the business today. They have steadily been building this brand in this arena for years with the incredible success of the Hotel Transylvania animated franchise. Adam already has some wonderful ideas about what he wants to develop with us and we look forward to working with him, Allen Covert and the entire Happy Madison team.”

Oren Aviv, President and Chief Content Officer for the STX Entertainment Motion Picture Group, who previously led both production and marketing at Walt Disney Studios and oversaw marketing for campaigns on some of the most successful animated titles of all-time including Finding Nemo and The Incredibles added, “When we launched our new animation division, we said we would continue to seek out meaningful partnerships with long-term potential at our studio. Teaming with Adam Sandler and Happy Madison is exactly the kind of quality relationship that further defines STX as a home for the world’s best storytellers.”

Adam Sandler, who made eight of his early films with STX Entertainment Chairman and CEO Robert Simonds, has enjoyed phenomenal success as an actor, writer, producer and musician. Sandler’s films have grossed more than $3 billion worldwide and along with the Hotel Transylvania movies include the box office smashes Grown Ups & Grown Ups 2, Just Go with It, Sony Pictures’ You Don’t Mess with the Zohan, and Universal’s comedy I Now Pronounce You Chuck & Larry, and The Longest Yard. Sandler’s first film for Netflix, The Ridiculous 6, (the first of his four-picture deal) was the most-watched movie in the history of Netflix and opened number one in every territory Netflix operates in. Sandler’s newest films include Netflix’s The Do-Over, starring opposite David Spade and Paula Patton, and Noah Baumbach’s untitled independent feature also starring Ben Stiller and Dustin Hoffman.

Happy Madison Productions has produced over 20 films including The Wedding Singer, The Waterboy, 50 First Dates, Blended, That’s My Boy, Just Go with It, Click, The House Bunny, Paul Blart: Mall Cop, Grown Ups and Grown Ups 2, Ridiculous 6 and most recently The Do-Over.

Happy Madison Productions also has a deal with Columbia Tri-Star Domestic Television to develop shows for the studio including “Rules of Engagement,” which had a successful six year run, the hit ABC series The Goldbergs and the new ABC comedy, Imaginary Mary, starring Jenna Elfman.