Baobab Studios’ latest animated short, a narrative poem inspired by the passing of Oscar-nominated director Erick Oh’s grandfather, will have its LA Premiere as part of the official selection for the 2021 Hollyshorts Film Festival on Friday, September 24. 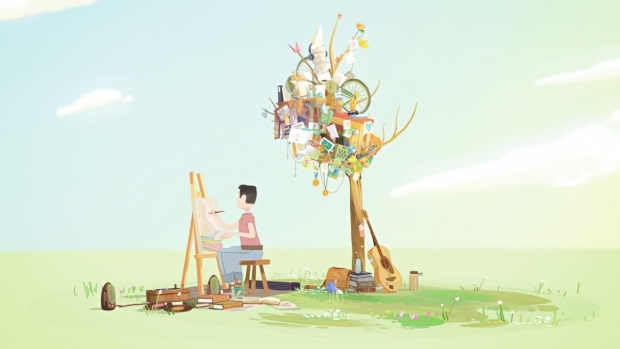 Baobab Studios has announced actor John Cho (Searching, Star Trek) has joined its team as executive producer on the studio’s latest animated short film, NAMOO. Written and directed by Oscar-nominated filmmaker Erick Oh (Opera) and produced by nine-time Emmy Award-winning Baobab Studios, the film is a narrative poem, hand-painted and animated with state-of-the-art software and real-time technology. Inspired by the passing of Oh’s grandfather, NAMOO—which translates to “tree” in Korean, is Oh’s most personal work to date. The film follows the beautiful and heartbreaking moments of a man’s life, from beginning to end.

“Though Erick’s film is based on his grandfather, it resonated for me in a very personal way,” shared Cho. “A valentine as well as a testament to the artistic process, this film is a little miracle in that it was animated during the pandemic by artists across the world, working together virtually. I was moved by its human message, improbably illustrated through an entirely hand-crafted, digital process.” “It’s been an absolute honor to have John's support behind this film,” noted Oh. “His presence has been so inspirational, and I am genuinely excited to present and share something very meaningful together with John. I hope our collaboration on NAMOO, a poetic story about life, brings a positive message to everyone”

“John has been such an amazing part of our team,” added Baobab Studios producer and CEO Maureen Fan. “We’re so honored to have his talent and support behind this deeply personal story about an artist struggling to find purpose amidst the joy and tragedy of life, and all the choices he made in between.”

The film is currently making its way through the festival circuit and will celebrate its LA Premiere as part of the official selection for the 2021 Hollyshorts Film Festival on Friday, September 24. The team will also present a Tech Talk at the upcoming Ottawa International Animation Festival entitled ‘Storytelling in 2D with 3D tool Quill: A deep dive’ with Erick Oh on Wednesday, September 29. Additional stops for the film in the coming month include the Edmonton International Film Festival, and the VIEW Conference (Turin, Italy).