Survey of computer graphics and interactive techniques community aims to make the organization and conference more relevant to the needs of those working in emerging computer graphic technologies. 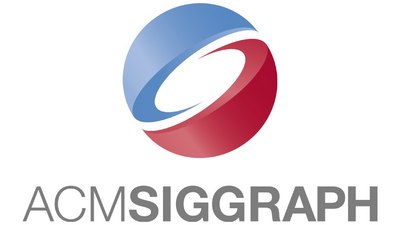 CHICAGO -- The ACM SIGGRAPH Executive Committee is reaching out to the computer graphics and interactive techniques community for input on the future of both the SIGGRAPH conference and organization. You can help shape its future by taking a short, six-question survey to share your opinion.

The committee is interested in hearing from professionals who may feel that the organization and conference could be more relevant to their needs. Through responses, the survey will also help the committee expand the direction of ACM SIGGRAPH into emerging areas of computer graphics.

“ACM SIGGRAPH is a dynamic and diverse community-driven organization, fueled by the most passionate and talented people within the computer graphics and interactive techniques industries,” said Jeff Jortner, President of ACM SIGGRAPH. “We want to do the best that we can for our community.”

From its founding nearly 40 years ago, SIGGRAPH has been the pre-eminent computer graphics conference and the ACM SIGGRAPH organization has been dedicated to bringing together a diverse community of computer graphics and interactive techniques researchers and practitioners from around the world to review, share, and drive the future of the industry and its professions.

Over the past four decades, the work of attendees and members has evolved from that of CG in the distant horizon to CG as a technology that we see on every smartphone, in most architecture and engineering projects, through endless forms of entertainment, as an educational tool, and even in healthcare -- used by everyone from athletes to artists to astronauts. As the application of CG continues to become more diverse, the volunteer leaders of ACM SIGGRAPH want to ensure it includes and welcomes emerging areas of interest.

“We’re working to ensure we remain relevant. Last year, our VR Village, Emerging Technologies and Real-Time Live! venues were among the most popular at the SIGGRAPH 2016 conference,” Jortner continued. “We want to get the word out to more people that ACM SIGGRAPH is still on the bleeding edge of technology. But, equally important, we want to make sure we know what our community needs and where it wants us to concentrate future efforts.”

All respondents will be entered into a drawing for one of several complimentary and discounted conference registrations to SIGGRAPH 2017, running July 30 through August 3 in Los Angeles.