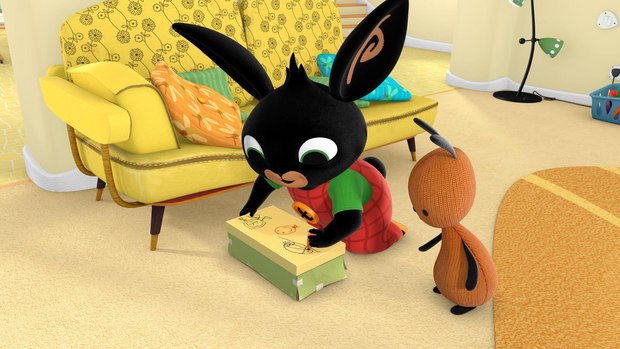 The partnership, which began in 2014, has seen strong retail distribution and support for the toy line across key accounts, including grocers, high street and specialist retailers. Fisher-Price has recently launched an exciting new feature plush and TV driver, “Toilet Train Bing,” introducing this item into the robust Bing product offering. In conjunction with Acamar, a strong marketing plan will support the launch in the lead up to the holiday season and 2018.

“Our relationship with Fisher-Price is at the heart of our growing Bing licensing program, and the toy line will continue to contribute to Bing’s success as we extend not just in the U.K. but also internationally,” Bethan Garton, head of licensing at Acamar Films, said. “Fisher-Price has a great team working on Bing, and we want to take this opportunity to thank them for their hard work so far in delivering best-in-class toys to little Bingsters.”

“Acamar has been a fantastic collaborative partner and we see tremendous global potential with their Emmy Award winning show Bing,” said Lauren DeFeo-Duchene, VP, Global Marketing for Fisher-Price Licensed Pre-School. “We look forward to working closely with Acamar as we expand the Bing toy program into new markets around the world.”