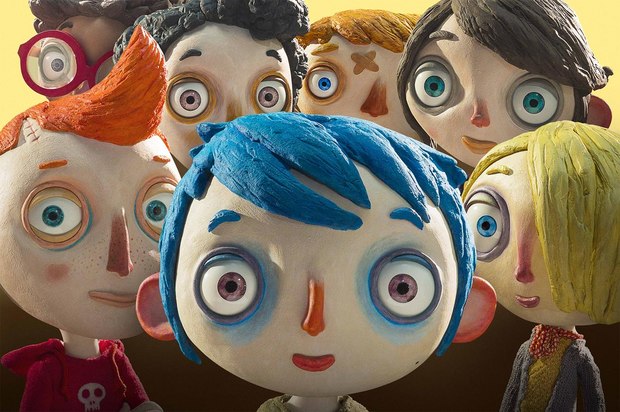 The Academy of Motion Pictures Arts and Sciences today announced rule changes that will likely have a major impact on the types of films to earn nominations.

The biggest change will hit the animation branch. Under normal academy rules, each branch selects its own nominees, following which the entire academy votes on nominees. The exception is the Best Picture category, where everyone in every branch votes for the nominees. This time-honored system has allowed the experts in each branch to choose the best work, and then offer the entire Academy the chance to select the best of the best.

But with the new rule changes, the Animated Feature category will now be treated like the Best Picture category, in that anyone can vote for any nominee. Per the Academy:

The rule change represents a major blow toward ensuring a diverse selection of films within the Animated Feature category, sidelining less widely known independent features such as Cartoon Saloon’s Song of the Sea or the GKIDS-distributed My Life as a Zucchini. With nominations now subject to voting by the entire Academy membership, the studios have far more power because their films have wider distribution.

Additional rule changes were also made in the documentary category, with multi-part and limited series documentaries are no longer eligible. The full press release is shown below:

LOS ANGELES, CA – The Academy’s Board of Governors approved Oscars® rules and campaign regulations for the 90th Academy Awards® at their most recent Board meeting on Tuesday, March 28.

For the first time, nominations voting in the Animated Feature Film category will be opened up to the entire eligible voting membership. Invitations to join the nominating committee will be sent to all active Academy members, rather than a select craft-based group. Voting in the nominations round will now be preferential instead of based on a numerical scoring system. Members participating on the nominating committee may view films in their theatrical runs or at other screenings, through the Academy’s streaming site or on DVDs/screeners to qualify to vote.

In the Documentary categories, multi-part or limited series are not eligible for awards consideration. The Documentary Branch Executive Committee will resolve all questions of eligibility and rules.

In the Best Picture category, in determining the number of producers eligible for nomination, a bona fide team of not more than two people shall be considered to be a single “producer” if the two individuals have had an established producing partnership as determined by the Producers Guild of America (PGA) Producing Partnership Panel. Final determination of the qualifying producer nominees for each nominated picture will be made by the Academy’s Producers Branch Executive Committee.

In the Music (Original Score) category, in the case of a score that has three or more equally contributing composers, the composers may be considered as a group. If the score wins the Original Score award, the group would receive a single statuette.

Other amendments to the rules include standard date changes and other “housekeeping” adjustments.

Rules are reviewed annually by individual branch and category committees. The Awards Rules Committee then reviews all proposed changes before presenting its recommendations to the Board of Governors for approval.

Updated campaign regulations, which specify how companies and individuals may market to Academy members any movies and achievements eligible for the 90th Academy Awards, are also presented to the Board of Governors for approval.

Prior to nominations, Academy members may not be invited to or attend any lunch, dinner or other catered affair that promotes an eligible film for awards consideration that is not associated with a screening. This does not prohibit reasonable food and beverage from being provided at screening venues or at an adjacent location immediately before or after the screening. This change is part of the continuing effort to address the issue of excessive campaigning and keeping the attention on the movies themselves.

ABOUT THE ACADEMY
The Academy of Motion Picture Arts and Sciences is a global community of more than 7,000 of the most accomplished artists, filmmakers and executives working in film. In addition to celebrating and recognizing excellence in filmmaking through the Oscars, the Academy supports a wide range of initiatives to promote the art and science of the movies, including public programming, educational outreach and the upcoming Academy Museum of Motion Pictures, which is under construction in Los Angeles.