We Think Things, founded by motion graphics artists and directors Pascal Monaco and Felix Mayer, signs with The Academy for commercial representation. 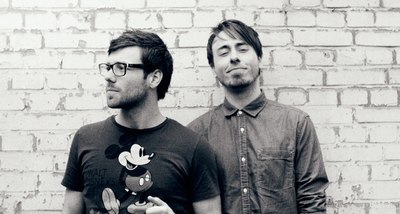 Seattle, WA -- Seattle-based animation studio The Academy signed German animation duo We Think Things for commercial representation. Founded by motion graphics artists and directors Pascal Monaco and Felix Mayer, they’ve lent their minimalistic and colorful approach in motion design to such top brands as Coca-Cola, Toyota and Clariant. Passionate about creating original concepts and characters and bringing them to life, the artful duo’s lively and vibrant animations continually evolve to deliver fresh approaches. The signing comes on the heels of a recent division of The Academy’s live-action arm to form Society, which has recent work for Intel, Sony, Nissan and Goldieblox, among others. Now solely focused on artist-driven animation, in the coming months The Academy will continue to grow their carefully curated international roster of inspired animation and design talent that boasts myriad different techniques and styles all rooted in hands-on, artistic animation.

In addition to their branded work, the young animation team is constantly developing new animation techniques through their own pieces, including a seasonal animation just in time for winter.

Notes The Academy Executive Producer Mike Holm, “We Think Things embodies everything we look for in our animation directors. They blend remarkable design and slick animation, making it all look so easy. The stories they tell are as beautiful as they are effective.”

We Think Things’ artists/directors Pascal Monaco and Felix Meyer fine-tuned their fascination with motion graphics while studying communication design with an emphasis in 2D animation, graduating in 2011 with the short film Hitch, a playful animated imagining of an Alfred Hitchcock-inspired cookbook. Driven by the urge to tell stories, their work has been screened at festivals in Berlin, Paris, and New York and was awarded at the ADC Germany Junior Awards in 2011.