Running April 24 - May 29 in New York City, ‘Animation Showcase: From Celluloid to CGI’ to include panel with LAIKA and sneak peek of Disney-Pixar’s ‘Inside Out.’ 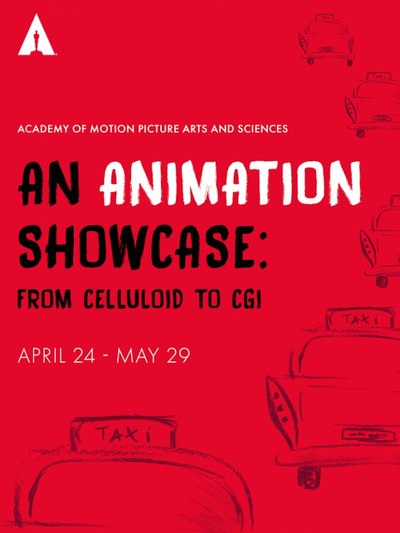 NEW YORK -- The Academy of Motion Picture Arts and Sciences will present “An Animation Showcase: From Celluloid to CGI,” an animation series that takes place April 24 – May 29, 2015, in New York.  Aimed at highlighting the techniques that make up the craft of animation, the program will use a variety of panels and screenings to explain and explore hand-drawn, stop-motion and CGI animation.

The series will open with a presentation featuring the animation studio LAIKA’s creative team behind the Academy Award-nominated Coraline (2009), ParaNorman (2012) and The Boxtrolls (2014).  The showcase will also include a conversation with members of Blue Sky Studios about their CGI work, and a program on the history of silent animation in New York, and will close with a sneak preview of Disney-Pixar’s upcoming film, Inside Out.

An Animation Showcase: From Celluloid to CGI events:

The Academy dives into the world of stop-motion animation and explores the innovations that LAIKA has brought to the field over the course of the Portland-based studio’s first three films. Presenters will include 20-year stop-motion veteran and LAIKA’s Creative Supervisor of Puppet Fabrication Georgina Hayns, Director of Rapid Prototype Brian McLean, and VFX supervisor Steve Emerson.

The team behind the Ice Age and Rio franchises, as well as the upcoming The Peanuts Movie will take the audience on a journey through the CGI creative process using clips and storyboards to unveil the magic of Blue Sky Studios.

Film archivist, collector, and historian Tommy Stathes will provide a comprehensive look at the early cartoons created in New York City between 1900 and the late 1920s. A mix of classics and rarely seen gems, this program highlights the hand-drawn animation being made in New York from the turn of the century through the sound era. The first portion of the program will have live jazz accompaniment, and the show will culminate with screenings of the first sound-on-film cartoon to be produced in New York, Paul Terry's Dinner Time (1928), and finally, Walt Disney's Steamboat Willie (1928), the Hollywood production commonly considered to be the first fully synchronized sound cartoon. The evening’s other special guest will be author, illustrator, animator and director J.J. Sedelmaier.

As the Animation Showcase’s closing night event, audiences will be treated to a sneak peek of Disney-Pixar’s upcoming big-screen adventure Inside Out. Directed by Oscar winner Pete Docter (Monsters, Inc., Up) and produced by Jonas Rivera (Up), Inside Out features the voices of Amy Poehler, Bill Hader, Lewis Black, Mindy Kaling and Phyllis Smith as the five emotions inside 11-year-old Riley’s mind.

Following the screening, Pete Docter and Jonas Rivera will share behind-the-scenes details about the movie, its inspiration and what it took to bring it to the big screen.