Companion ‘Hayao Miyazaki Encores’ film series showcases the director’s work where it is most impactful – on the big screen; catch the last 2 screenings - ‘Howl’s Moving Castle’ on May 13 and ‘Ponyo’ on May 27 at the David Geffen Theater. 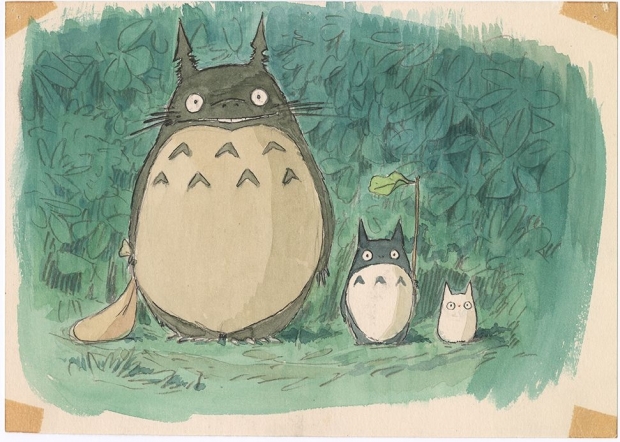 Now in its final month, the “Hayao Miyazaki” exhibition at The Academy Museum, ends on June 5. The retrospective, dedicated to the internationally celebrated artist and filmmaker, was created in collaboration with Studio Ghibli, which the artist co-founded in 1985. The exhibit features more than 300+ objects including imageboards, character designs, storyboards, layouts, backgrounds, posters, and cels from the studio’s archives.

On April 1, the Academy Museum launched a screening series, “Hayao Miyazaki Encores” to bring more attention to the retrospective as it winds down, while further shining a light on the works of this storied director.

“Miyazaki’s attention to detail is most impactful when you see his work on a massive screen, in the dark,” shared Bernardo Rondeau, the museum’s Senior Director, Film Programs. “Though his films often have plots with magical kingdoms, royalty and treacherous villains, there is a sense of life in his work that transcends these fantasy elements. Or rather brings a naturalism to the fantasy.”

In deciding what films to include, Rondeau continued, “We looked at films that had been the most popular when we first screened them at the opening of the exhibit.  We also wanted to offer audiences another chance to see the Academy Film Archive’s 6 brand-new 35mm prints of Miyazaki films.”

Reflecting on the process, Rondeau concluded, “In every Miyazaki frame, the world feels completely alive.”

“Hayao Miyazaki Encores” was built around seven of the director’s most iconic films: Nausicaä of the Valley of the Wind, Castle in the Sky, My Neighbor Totoro, Princess Mononoke, Spirited Away, Howl’s Moving Castle, and Ponyo. All screened on English-subtitled 35mm prints, most newly struck by the Academy Film Archive.

Though the program kicked off in April, there is still time to catch the last two screenings in the series:

Howl’s Moving Castle - Friday, May 13 at the David Geffen Theater.

Ponyo - Friday, May 27 at the David Geffen Theater.