Cites need for additional member discussion as reason not to add award for most popular film at upcoming Oscars. 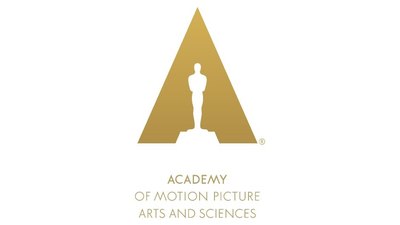 The Motion Picture Academy today announced they are not moving forward with plans to award the new achievement in a popular film category at the upcoming Oscars. According to an official AMPAS statement, “While remaining committed to celebrating a wide spectrum of movies, the Academy announced today that it will not present the new Oscars category at the upcoming 91st awards. The Academy recognized that implementing any new award nine months into the year creates challenges for films that have already been released. The Board of Governors continues to be actively engaged in discussions, and will examine and seek additional input regarding this category.”

According to Academy CEO Dawn Hudson, “There has been a wide range of reactions to the introduction of a new award, and we recognize the need for further discussion with our members. We have made changes to the Oscars over the years - including this year - and we will continue to evolve while also respecting the incredible legacy of the last 90 years.”

The new category, made public in an August 8 tweet, was one of several changes Academy leaders announced that have been met with considerable industry push-back. The “most popular film” award was widely panned by many prominent industry professionals and Academy members.  The annual awards show itself has been roundly criticized for years as bloated, boring and out of touch with a changing movie fan base, exemplified by the blistering board of governers resignation letter by former Fox executive Bill Mechanic. Plans to shorten the Oscar telecast by presenting some awards during commercial breaks with clips aired later in the show elicited criticism from members of a number of “below the line” categories such as editing, sound and animation, including Mike Chambers, Visual Effects Society Chair and member of the Academy’s visual effects branch, who said, “Relegating the presentation of any of the ‘below the line’ Academy Awards to the commercial breaks is a disservice to the exceptional artists and innovators who make enormous contributions to filmed entertainment. They deserve the proper respect and recognition for attaining this high achievement - as voted on by their peers - and the opportunity to receive these honors and deliver their full remarks to the worldwide audience of filmgoers.”

Today the Academy also further detailed previously revealed plans to shorten the upcoming February 24 Oscar broadcast to three hours. In a compromise move surely aimed at dulling member anger, the announcement stated, “To honor all 24 award categories, six to eight categories will be presented live, in the Dolby Theatre, during commercial breaks. The winning moments will then be edited and aired later in the broadcast. Selected categories will be rotated each year. The Academy will collaborate with the show producer(s) to select these categories.” Considering the 2018 Jimmy Kimmel-hosted Academy Awards, clocking in at almost four hours, was the least watched Oscar telecast in history, the pressure has never been greater to reign in the production’s length. Whether or not snipping a revolving set of awards from the live broadcast helps make for a more popular show remains to be seen. Certainly, making any change to the number of awards presented live is bound to upset the targeted member group, putting the Academy in the un-enviable position of finding a workable solution to perhaps the Oscars greatest challenge – pleasing a restless and ever-dwindling broadcast audience.

The Academy also announced the following changes for the 92nd Oscars, which are being moved from February 23 to February 9, 2020: