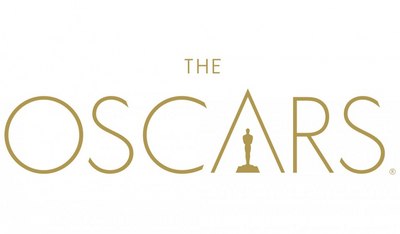 LOS ANGELES -- In the week leading up to the 88th Oscars, the Academy of Motion Picture Arts and Sciences will present a series of public programs celebrating this year’s nominees in the Animated Feature Film, Documentary Feature, Documentary Short Subject, Foreign Language Film, Makeup and Hairstyling, and Animated and Live Action Short Film categories. All events will be held at the Academy’s Samuel Goldwyn Theater in Beverly Hills.

The Oscar Week schedule is as follows:

Yuh Nelson received an Oscar nomination in the Animated Feature Film category for Kung Fu Panda 2 and is the director of the sequel Kung Fu Panda 3, currently in theaters. The program will delve into the Animated Short Film and Live Action Short Film categories with complete screenings of all the nominated films as well as onstage panel discussions with the filmmakers (schedules permitting).

Amend is a film editor whose documentary feature credits include The Case against 8 and the Oscar winners Into the Arms of Strangers: Stories of the Kindertransport and The Long Way Home. Kennedy is a producer-director who received an Oscar nomination last year for the documentary feature Last Days in Vietnam. Her other credits include Ethel and Ghosts of Abu Ghraib. All the films nominated in Documentary Feature and Documentary Short Subject categories this year will be presented in an evening of clips and onstage discussions with the filmmakers (schedules permitting).

Conli, Hall and Williams took home Animated Feature Film Oscars last year for Big Hero 6. Conli’s other feature credits include Tangled and The Hunchback of Notre Dame. Hall made his feature directorial debut with Winnie the Pooh. Williams previously received an Oscar nomination as the co-director of Bolt. This year’s nominees in the Animated Feature Film category (schedules permitting) will talk about their creative processes and present clips illustrating their techniques.

Johnson won the 1988 Best Picture Oscar for Rain Man and received a second nomination for Bugsy. The directors of the nominated films in the Foreign Language Film category (schedules permitting) will explore a wide range of topics, from their experiences developing their projects to the specific challenges of their profession. The program will include clips from each of the nominated films.

Engelman, a longtime governor of the Makeup Artists and Hairstylists Branch, has served as a makeup artist on such features as Burlesque, Heat, Moonstruck and Ghostbusters. In Oscar Week’s final public event, the nominees in the Makeup and Hairstyling category (schedules permitting) will reveal the secrets behind their on-screen work. Photographs, appliances, molds, wigs and other items will be on display in the theater lobby.

Tickets are now available online at Oscars.org. Tickets to the Shorts, Docs, Animated Features and Foreign Language Films events are $5 for the general public and $3 for Academy members and students with a valid ID (Shorts and Foreign Language Films tickets limited to four per person). Admission to the Saturday afternoon Makeup and Hairstyling event is free, but advance tickets are required (limited to two per person). The Academy’s Samuel Goldwyn Theater is located at 8949 Wilshire Boulevard in Beverly Hills. Doors open one hour prior to each event. All ticketed seating is unreserved.