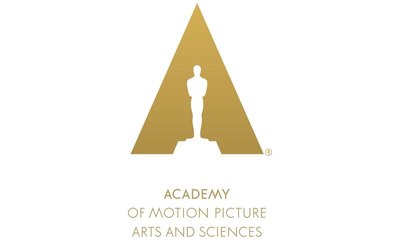 As senior vice president, production and post-production technologies for Sony Pictures Entertainment, Baggelaar is helping to forge the future in theatrical and television production by using advanced workflows for on-set capture to post-production, digital color correction and video mastering.  He has been instrumental in driving the studio’s transition to IMF (Interoperable Master Format) for 4K/UHD and HD delivery.  He also is responsible for driving new technologies like high dynamic range (HDR), virtual reality (VR) and augmented reality (AR) from creation to consumer delivery.  Baggelaar is an Academy Member-at-Large.

Breton has served as a producer on a wide variety of technologically innovative live action and animated motion pictures and television series.  Over the span of her career, she has had the opportunity to be involved with such feature films as Avatar, Sky Captain and the World of Tomorrow, Master and Commander, Solaris, Dick Tracy and several Star Trek feature films, as well as television series including Star Trek: The Next Generation.  Breton has also been instrumental in launching several important ventures in the visual effects industry, including James Cameron’s visual effects house Digital Domain and DreamWorks Animation.  She is a member of the Academy’s Visual Effects Branch.

Hays leads the Media and Entertainment team at Google Cloud Solutions and is a leading expert on advanced imaging production and technology in visual effects, immersive technologies (AR/VR), high frame rate (HFR), high dynamic range (HDR), and stereoscopic platforms for film, television, and gaming.  Previously, he served as head of product at Lytro, a Light Field camera systems company, and as senior vice president of 3D production for Sony Corporation. At Lucasfilm, he led the research and development efforts under George Lucas at the THX Division, where he supervised the design and construction of more than 600 cinemas, screening rooms and dubbing theaters. Hays is an Academy Member-at-Large.

Ramamurthy is currently senior vice president of technology at Twentieth Century Fox/Disney.  In that capacity, he is responsible for outlining and defining the next generation workflow and technology used for feature and television post-production, digital content processing, and downstream distribution and digital archiving.  Ramamurthy has more than 25 years of experience in the post-production industry, having worked previously at Deluxe’s EFILM facility and at Warner Bros. in technical operations and feature animation.  He is an active member of SMPTE and IEEE and has contributed to a variety of technical committees and standards.  He holds several patents in the area of digital image processing and media post-production.  Ramamurthy is an Academy Member-at-Large and a fellow of the Society of Motion Picture and Television Engineers.

Rose, an R&D Supervisor at Industrial Light & Magic (ILM), drives technology that aids artists in the creation and animation of characters for feature films.  In her 12 years at ILM, she has worked on a wide range of films, including Rogue One: A Star Wars Story, Noah and Rango.  Prior to her tenure at ILM, Rose earned her Ph.D. in computer graphics animation.  Her work on BlockParty, a visual, procedural rigging system, earned her a Technical Achievement Award from the Academy in 2017.  She is a member of the Academy’s Visual Effects Branch.

Schnuelle is vice president of technology for Dolby Laboratories, where he is responsible for guidance and outreach in Dolby’s efforts in both digital cinema and consumer imaging areas.  He has received awards for the development of the Dolby Professional Reference Monitor and the Dolby 3D stereoscopic cinema system.  Prior to joining Dolby Laboratories, he was director of technology for Lucasfilm Ltd.’s THX Division, where he established the THX Digital Mastering Program and designed the international digital cinema exhibitions of Star Wars movies Episode 1 and Episode 2.  Schnuelle has received five patents for his work during that period, and is active in image technology research and the perception of images.  He is an Academy Member-at-Large and a fellow of Society of Motion Picture and Television Engineers.

Walker’s credits as director of photography include The Mountain Between Us, Hidden Figures, Truth, Australia, Shattered Glass and Lantana.  She was inducted into the Hall of Fame for the Australian Cinematographers Society in 2017 and was an artist in residence at UCLA in 2015.  Walker has been an Academy member since 2009 and serves as a governor of the Cinematographers Branch.