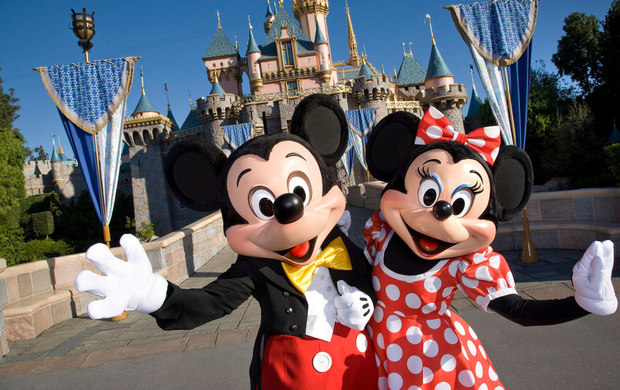 In a Washington Post opinion piece published yesterday, Abigail Disney, Walt Disney’s grandniece, both clarified and expanded her previous Twitter thread labeling Disney CEO Robert Iger’s 2018 compensation “insane,” emphasizing that while she speaks only for herself, not her family, it’s time to call out top management earning ever-more outrageous sums of money.

Saying she “had to speak out about the naked indecency of Robert Iger’s pay,” Disney laments the growing wage inequality in America, stating, “We are increasingly a lopsided, barbell nation, where the middle class is shrinking, a very few, very affluent people own a great deal and the majority have relatively little. What is more, as their wealth has grown, the super-rich have invested heavily in politicians, policies and social messaging to pad their already grotesque advantages.”

Disney began her public broadside last week, telling a Fast Company Impact Council gathering that Iger’s 2018 earnings of $65 million were “insane,” and that after speaking to workers at the Disneyland Resort in Anaheim, California, determined that, “When [Iger] got his bonus last year, I did the math, and I figured out that he could have given personally, out of pocket, a 15% raise to everyone who worked at Disneyland, and still walked away with $10 million.” She continued her increasingly public comments a slew of Twitter posts this weekend.

In the WaPo piece, Disney tempers her harsh assessment of the studio’s compensation efforts by noting, “I’m not arguing that Iger and others do not deserve bonuses. They do. They have led the company brilliantly. I am saying that the people who contribute to its success also deserve a share of the profits they have helped make happen.”

As you can imagine, the article drew a wide range of passionate online comments, with threads becoming more hostile as attacks and counter-attacks became more personal. Primarily, comments took the form of:

Comment invective and social media frenzy aside, Disney’s piece raises important questions that are central to many polarizing discussions happening today in the U.S., from recent tax cuts to calls for minimum wage hikes to addressing the growing income disparity that seems more egregious every day.

Is Robert Iger any less worthy of his reported $65 million 2018 Disney earnings than an athlete like Bryce Harper, who just signed a record-breaking 13-year, $330 million free-agent baseball contract with the Philadelphia Phillies? Harper’s money is guaranteed – if he is injured, or suddenly hits nothing but grounders to third, he will still earn that entire sum. For 13 more years, Harper’s minimum earnings from the Phillies are assured, regardless of his on-field performance. In theory, Iger could be ousted as head of the studio tomorrow. And Harper is certainly hoping he has as good a year in 2019 at Marvel does. For both Harper and Iger, a company gets to decide “fair” compensation. Fans buy tickets to films, amusement parks and baseball games – ultimately, their patronage, “voting with their wallets,” impacts company decision-making. But so do media optics – hence Disney’s recent public outcry, which she claims has been brewing for some time. Something seems out of whack – the question is, who determines a “fair” way to effect change, if that’s even possible?

Disney’s WaPo piece contends that rank and file company employees would derive meaningful benefit from even small wage increases that could easily be funded by a portion of the bonuses handed out to executives, bonuses that wouldn’t much improve wealthy senior management’s quality of life because these people are already extremely wealthy. Ultimately, she feels Disney has a moral responsibility to pay their employees a larger share of their record earnings, money those employees helped earn, and the company’s compensation policies are just not fair. Plain and simple. And, even more importantly, as a company built on the very notion of “emotion and sentiment,” Disney could and should choose to lead the way to “a more decent, humane way of doing business.”