Aardman Teams with Atomic London for Remember A Charity Campaign

Sharable campaign includes a charming series of short films encouraging people to talk about life and death in a positive way. 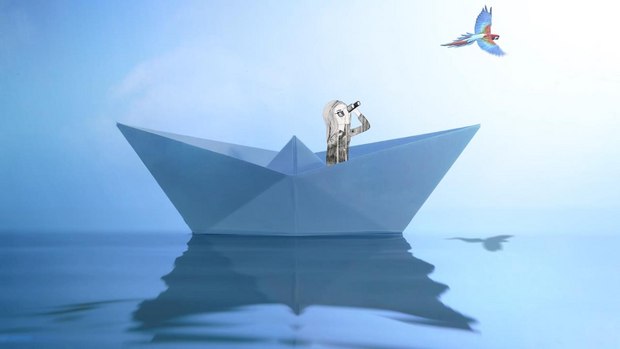 LONDON -- Creative agency Atomic London has partnered with Aardman studio for a charming new and sharable campaign to raise awareness during “Remember A Charity Week” (September 18-22) – which asks people to leave a gift to charity in their Wills and share their wisdom.

Atomic and Aardman have created a series of short films encouraging people to talk about life and death in a positive way. People don’t like to talk about death, so the campaign seeks to encourage people to enjoy living and share words of wisdom to pass on something legendary. The films will run online, on the websites of Remember a Charity’s 160 member charities, social media and will be supported by eye-catching static out-of-home ads.

People can also share their own words of wisdom using a bespoke ‘quote generator’, which will create quotes in beautiful typography that can be shared on social media; and by using the hashtag #MyWisdom, the best will be chosen to feature as part of the official ad campaign.

Since taking the first Remember a Charity brief in 2012, Atomic has helped raise awareness about leaving gifts in Wills year after year. This year’s campaign will be supported by celebrities including Lord Alan Sugar and Emma Thompson and many more.

Rob Cope, Director of Remember A Charity, commented, “Atomic has consistently delivered wonderfully impactful campaigns for us and this year is no different. By asking people to pass on their words of wisdom, and giving everyone the chance to create beautiful illustrated versions of their quotes, we’re able to get people talking and generate conversation that will link back to Remember a Charity Week 2016. The campaign is gathering real momentum, with last year seeing the highest number of people leaving a charitable Will since records began. We think that this is our best campaign yet, and hope it will help us significantly raise awareness about leaving gifts in Wills.”

“This is our fifth year working with Remember a Charity and we’re constantly thinking of new, innovative ways to get people talking about such a tricky but important subject as death,” said Guy Bradbury, founding partner and executive creative director at Atomic London. “Last year we threw pensioners out of a plane, and this year we’ve partnered with the brilliance of Aardman to make some really arresting pieces that we hope will generate awareness for such a worthy cause. More than a dozen different Aardman animators have contributed, each adding their own style, which makes each section of the films and each poster unique. We think this is a more social campaign than we’ve ever done in the past and with the help of a few influencers expect a lot of buzz online.”

Heather Wright, Executive Producer and Head of Partner Content at Aardman concluded, “Our director Magda has created a moment in time for us all to think about the important things in life and to remember that we can make a difference even after we’ve gone. She has joined together the work of many of the artists here at Aardman, to create a flowing visually captivating piece of animation with a lightness of tone but a serious message, a delicate balance of poignancy and purpose which will make this film and its message memorable.”