French studio and distributor StudioCanal once again teams up with British animation studio Aardman and four-time Oscar-winner Nick Park on a new feature project set for release in 2018. 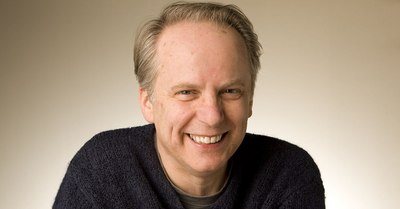 Following the early success of Shaun the Sheep The Movie, French studio and distributor StudioCanal is once again teaming up with British animation studio Aardman and four-time Oscar-winner Nick Park, both companies have announced.

Directed by Park from a screenplay by Mark Burton and John O. Farrell, the stop-motion film, entitled Early Man, is a caveman comedy that will revolve around “the world’s first game of soccer.” StudioCanal will fully finance the film and handle sales, planning for a release date set to coincide with the 2018 World Cup. The British Film Institute is also partnering on the project.

Here’s the official synopsis: Set at the dawn of time, when dinosaurs and woolly mammoths roamed the earth, ‘Early Man’ tells the story of how one plucky caveman unites his tribe against a mighty enemy and saves the day!

Park is the director of Chicken Run and Wallace & Gromit: The Curse of the Were-Rabbit along with the 1996 Academy Award-winning short, A Close Shave. Early Man will mark the British animator’s first return to the director’s chair since the 2008 animated short, Wallace and Gromit: A Matter of Loaf and Death. According to a report by Deadline, Aardman and StudioCanal both plan to unveil visuals from the project for potential buyers at this year’s Cannes Film Festival.

With an estimated budget of $50 million, Early Man is expected to play a major part in StudioCanal’s increased investment in family entertainment. The new project is bolstered by the success of this year’s David Heyman-produced adaptation of Paddington, which opened earlier this year to universally positive reviews and grossed $258 million worldwide.

“I’m very excited to be making this film with such great partners -- StudioCanal and BFI,” Park said. “And with the support of the incredible team at Aardman, bringing this inept bunch of cavemen to life is going to be a hilarious adventure!”