‘Wallace and Gromit’ and ‘Chicken Run’ producer Aardman Studios releases a new teaser for the forthcoming Shaun the Sheep feature, ‘Shaun the Sheep The Movie.’ 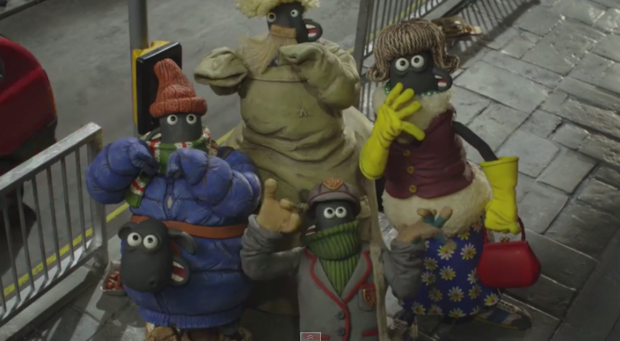 Due for worldwide release in spring 2015, Shaun the Sheep The Movie is co-written and co-directed by Gnomeo & Juliet writer Mark Burton.

When Shaun decides to take the day off and have some fun, he gets a little more action than he bargained for! Shaun’s mischief inadvertently leads to The Farmer being taken away from the farm, to the Big City… Join Shaun, Bitzer and The Flock on their hilarious, action-packed, big screen adventure as they make plans to rescue the missing Farmer. A story about how we sometimes forget to appreciate the things we have in life, and the people who love us.

The new teaser shows Shaun and The Flock trying to fit in while braving the dangers of the big city. Watch it, below:

Shaun the Sheep was first seen in Nick Park’s Academy Award-winning Wallace and Gromit short, A Close Shave, and Shaun continues to enthrall television audiences in over 170 countries. Shaun the Sheep The Movie is currently in production at Aardman Studios in Bristol and will open in U.K. cinemas on February 6, 2015.