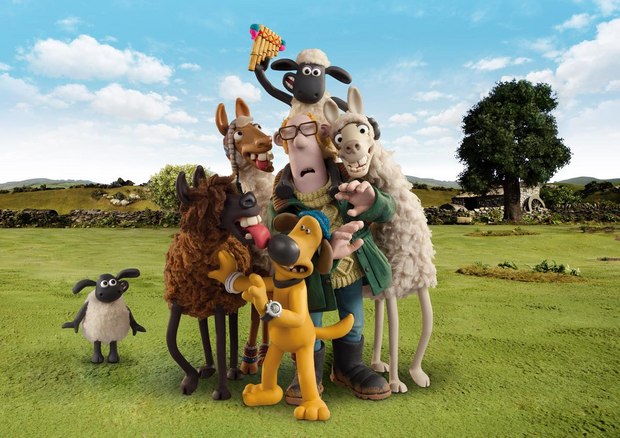 BRISTOL, UK -- Aardman has announced their official new Shaun the Sheep game, Llama League, which is now available to download on iOS and Android.  Join the unruly new additions to Mossy Bottom Farm in this hilarious, free 2-player football game. Will your llama become a star striker or end up on the subs bench?

Llama League features new characters the mischievous llamas: Hector, Fernando and Raul who are set to star in the first ever Shaun the Sheep half hour special, The Farmer’s Llamas which is showing as part of BBC One’s festive season on Boxing Day, December 26th at 6.15pm.

Fans can play in two different modes, either against the flock in 1-player mode or compete with friends in 2-player mode, playing over a range of crazy environments, from a lunar landscape to a Christmas-themed barn, as well as a basketball court and an ice-covered lake. Players are also able to earn rewards every time they score and can customise their kit and mix up gameplay with different balls and arenas, swapping their football for a beach ball, tennis ball or even an ‘invisiball’.

Llama League producer Ben Curtis commented, “As soon as we saw the llamas we knew we wanted to create something fast and fun and that really captured the comedy and eccentric movement of these new characters. Building around the goofy animations and madcap motion we kept playing and tweaking until we felt we'd really got the anarchy and slapstick comedy of Shaun's new buddies down.  The game really shows its full competitive chaos in multi-player mode.  Playing with a friend doubles the fun and made play testing very entertaining!”

In October, the game was given an exclusive preview at a Royal premiere screening of Shaun the Sheep: the Farmer’s Llamas at BAFTA, with special guests the Duke and Duchess of Cambridge and Prince Harry along with families from the charities they support.