Originally appearing in 1977 as Tony Hart’s sidekick, the last new ‘Morph’ episode was broadcast in 1997. 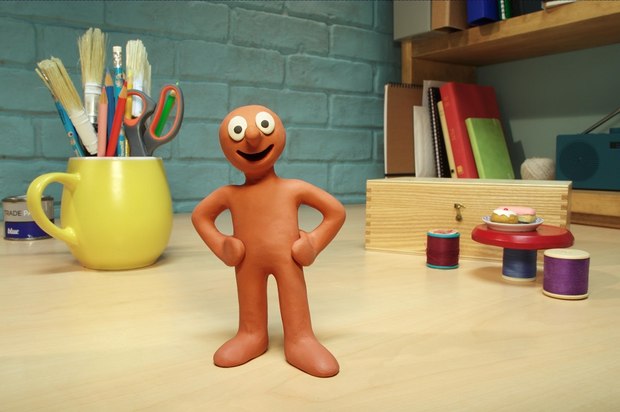 It’s over thirty years since Peter Lord and David Sproxton at Aardman Animations first crafted a little character out of terracotta clay called Morph. But three decades on, the little guy is back, with his side-kick Chas.

Morph originally appeared in 1977 as Tony Hart’s sidekick, and became a firm favorite on children’s television over the next 20 years. The last new Morph episode was broadcast in 1997, but nearly two decades on, Aardman is doing things differently.

The fifteen new Morph episodes have been funded by members of the public through the Kickstarter crowd-funding website, and will be aired Morph’s own YouTube channel for fans around the world to enjoy.

“Morph is one of the first characters we created and we all love him at Aardman!” said Aardman co-founder Peter Lord. “I’m amazed and humbled that even though it has been close to 40 years since his creation, the little guy still has such a passionate following, especially on Facebook and YouTube. We’ve had so many people over the years asking for him to make a comeback and it’s been hugely exciting to work with his fans to bring Morph back in some brand new short films which we will release online for everyone to enjoy.”

The new episodes show Morph and his mischievous sidekick Chas in their home on an artist’s desk in a quiet corner of the Aardman studios. They are surrounded by familiar objects like paint pots, stationery and cotton reels but also modern-day props and artefacts including smart phones and digital cameras. A handful of the themes of the episodes have been based on suggestions by fans.

“I was very keen on keeping the humor, slapstick and surrealism of the original Morph episodes, whilst at the same time bringing Morph slightly more in line with the modern world. What’s great is that many of the original viewers of Morph are now parents themselves, so it will be brilliant to introduce Morph to a whole new generation of fans via Morph’s You Tube channel.” Lord said.

Staying true to the original format, the new episodes were shot using clay and traditional stop-frame animation, in Morph’s original home at the Aardman studios in Bristol. More than 150 Morphs were molded over the five month production of the 15 one-minute episodes.